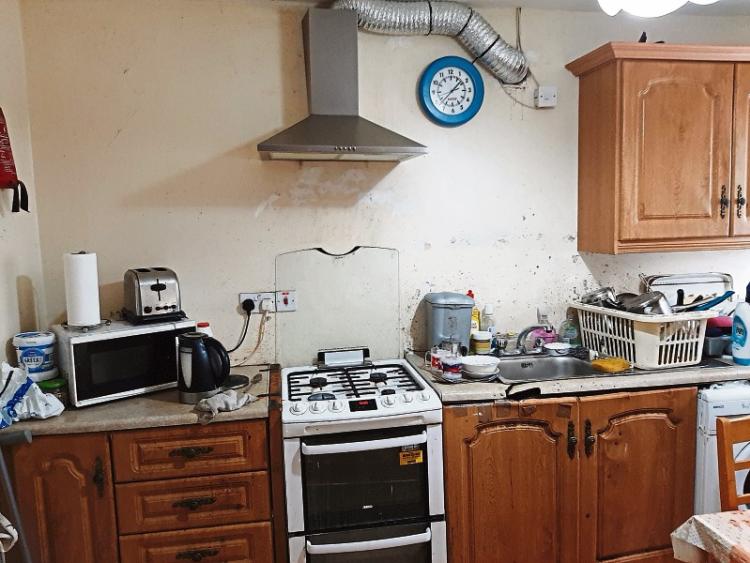 A budget of €30,000 is available to overhaul just six kitchens in council houses annually but councillors have demanded that much more money be set aside because many homes need work.

The level of funding allocated by Laois County Council and the calls for change emerged at a meeting of the Portarlington Graiguecullen Municipal District.

A reply from the council's housing department outlined the existing budget.

“The approved 2020 maintenance budget has funding for approximately five kitchens at an average cost of €6,000 per kitchen,” he said.

The responsed angered Cllr Mullins who felt more money is needed because of the extent of the problem in many homes. At the very least he said the budget should be spent differently.

He said the funding allocated was a “ridiculously low amount” considering the number of requests made.

“Five per annum is not addressing the seriousness of the problem. €30,000 is not a huge amount,” he said.

He said he had been in council houses, where if they had been owned by a private lanldord, the local authority would refused to provide tenants with Housing Assistant Payment support.

“I've been in houses where there is one eye level kitchen unit...I'm aware of people who applied five years ago and they are on a waiting list for two years,” he said.

Cllr Mullins asked the council's Director of Finance if money from discretionary funds provided for projects earmarked by individual councillors could be spent on kitchens. He added that a road ramp in an estate costs €4,000 to install.

“That is up to the elected members to decide if they want to do that but they have approved their 2020 budget,” replied Mr Gerry Murphy.

He said he has represented people who badly needed new kitchens in their local authority housing.

Cllr Mulhall said there are many houses in Laois need work .

“There are close on 2,300 local authority houses and alot are in very poor condition. Through no fault of the tennants the kitchens are gone into quite serious decay and need to be replaced,” he said.