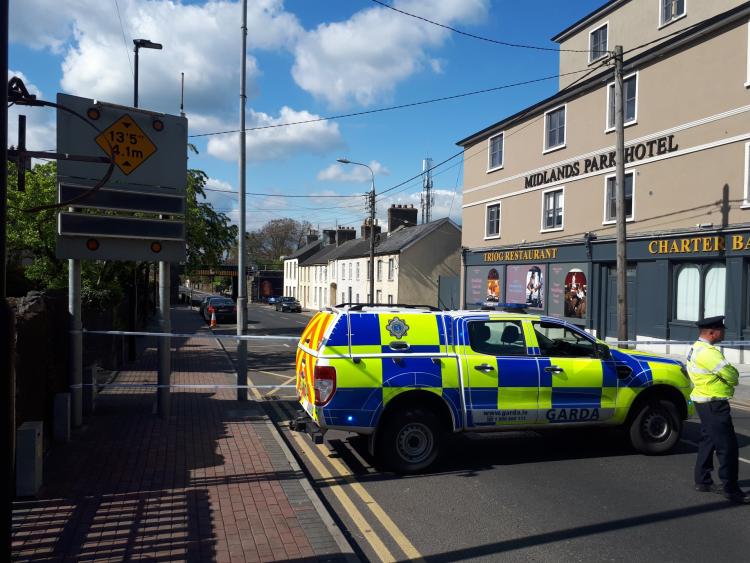 The sealed off road where the incident occurred this afternoon

A man in his 60s has died this afternoon in Portlaoise after the car in which he was driving seemed to lose control and cross the street.

The incident occurred around 2.30pm when a car on Coote Street, travelling in the direction of Mountmellick, veered across the road, colliding with another car, before coming to a stop.

Medical services responded and attended on the scene where the driver was given emergency attention, but died soon after.

Gardaí are understood to be considering the possibility that he may have suffered a medical emergency at the wheel, causing him to lose control of his vehicle.

There was no one else injured in the collision.

The road is currently closed and Forensic Collision Investigators are examining the scene. Local diversions are in place.

Gardaí are appealing for any witnesses to this collision to come forward. Gardaí are also appealing to any road users who may have camera footage (including dash-cam) and were travelling in the area at this time to make this footage available to Gardaí.