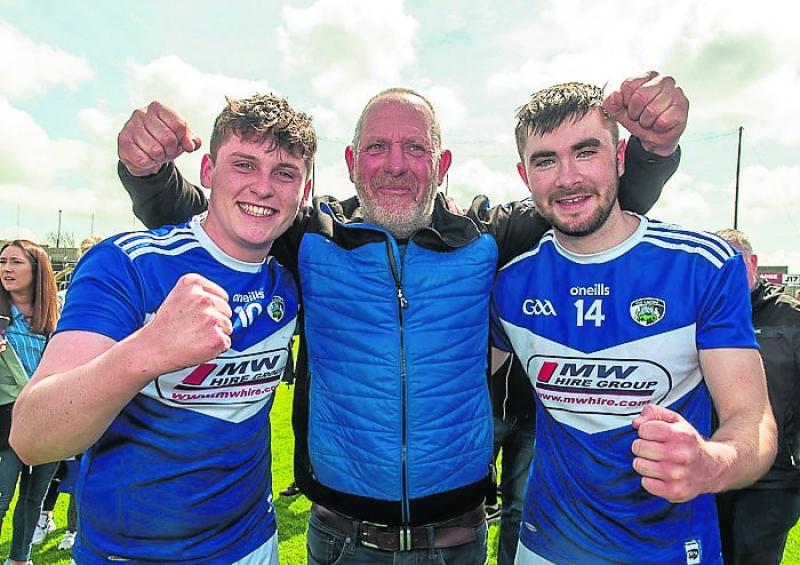 Will Laois be celebrating again like they did after defeating Kilkenny in the Leinster GAA Minor Hurling Championship Semi Final at M.W Hire O'Moore Park? Pic: Denis Byrne

Laois and Clare face off this week in the third round of the round-robin All Ireland U17 Quarter-Final series - for the winners a place in the All Ireland semi-final awaits.

The Laois will be looking to bounce back from a three point defeat to Galway last weekend. Laois put in a solid performance against the Tribesmen and were unlucky on at least three occasions where the Galway keeper Donagh Fahy pulled off three marvellous saves.

Nevertheless, the game was a return to form for Laois after a disappointing Leinster Final which the lost to Offaly in front of a huge crowd in Portlaoise.

Clare have had an extra week to recover from their big defeat at the hands of Galway as well and will have the added advantage of playing at home in Cusack Park in Ennis.

What do the management teams have to say?

"We put in a positive performance against Galway last week, we weren't overly concerned about the result of that match. It was going to come down to this week anyways. We have been very happy with our defensive performances this year. We have kept clean sheets in five of the seven championship games. The Leinster final was huge for the lads, just in terms of going into a big game like this Saturday. We can go down and just express ourselves in Ennis. The lads are looking forward to it and there is a great buzz around the camp," he said.

"Hopefully, we can put in a big performance against Laois because nobody gets to a Leinster final very easily. Laois are a good side and we’ve played them earlier in the year so we’ve seen that and we have to be at our best to beat them."

Where and what time?

The game is taking place in Cusack Park, Ennis at 13.00 on Saturday the 4th of June

Where can you watch it?

You can stream the match on TG4's Youtube channel here