"I just wanted to enjoy the race, and the medal came along with it" Nicole Turner speaking to us from the World Championships in Portugal 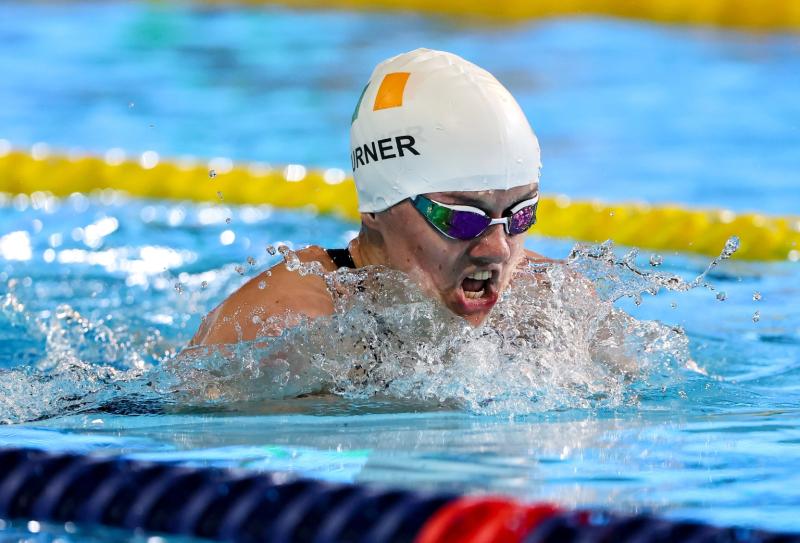 Yesterday Nicole Turner produced a fantastic performance to claim Ireland's second medal in the World Paralympic  Championships in Madeira, Portugal. Nicole swam a time of 3.12.62 to pick up the bronze medal 200m medley.

This morning we chatted to Nicole about that fantastic performance yesterday, her busy schedule over the next couple of days, and her mindset ahead of Paris in two years.

"Congrats Nicole, How do you feel after adding another medal to the collection in the 200 m medley on your 20th birthday of all days?"

"It was a big surprise, I won't lie. Coming out of Tokyo we took a bit of time off, we knew it was going to be a short season considering we only got back in the middle of October. These championships were just about us enjoying ourselves. They are not qualifications for Paris or anything like that. So, going into the race I just wanted to enjoy it, and the medal came along with that."

"You've got a busy schedule of races still ahead of you starting with the 50m freestyle tomorrow,
what do you think your chances are going into the other three races, can you emulate your 4 medals here in Portugal last year?"

" To be honest I go into every race and give it my all. Yesterday wasn't one of my best performances but it did bring out a medal in me. You never really know what's going to happen until you get into the pool, so whatever happens, happens. "

"You've got an excellent record in Madeira, Is there something in the Portuguese air that brings you to another level?"

"Yeah this is my third time here, Europeans were here in 2016, I got my first ever major medal, two silver, and a bronze. There were the 4 medals here last year again in the Europeans and I medaled last night at the worlds. So it must be the Portuguese water or something that helps me"

"France in 2 years, are you of the mindset that everything else over the next two years leads up to Paris,
or do you prefer to focus on one competition at a time?"

" To be honest, I don't think ill be fully focused on Paris until the Worlds next year. We have another 4 weeks of training, then the National Championships are on, and after that ill have a 4-week break. So then in the return in September will be geared towards the worlds next year and following that Paris"

"Not too long ago you were swimming with the Laois Marines, A good few of the Laois marines performed very well at the Leinster championships last week. Have you any advice or encouragement for those young Laois stars?"

" I think, listen to the people around you and do take any advice you can get. Back when I was younger and training hard so many days a week, I didn't really see why I was doing it. It was only my coaches and family and friends that were saying this is all going to pay off one day. Also, if it was easy everyone would do it so you really have to back your own self belief and go for it if you want it.