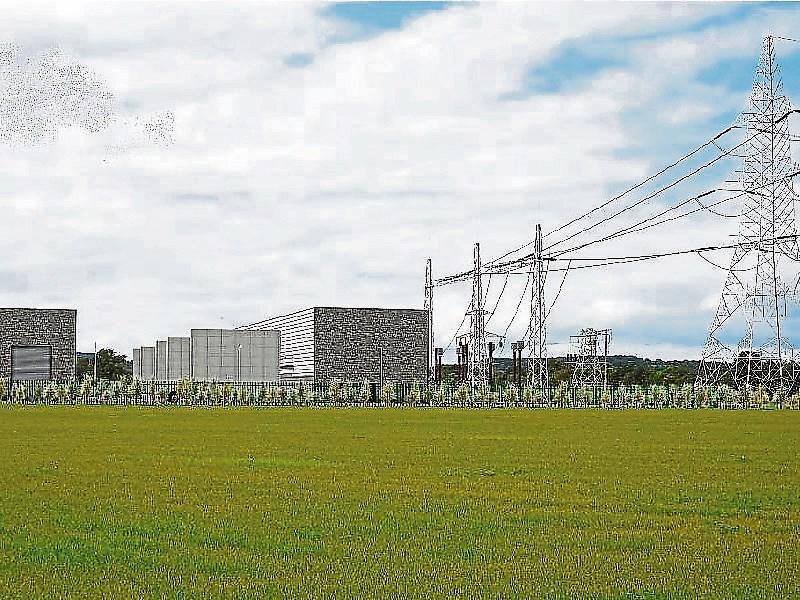 This is what the Coolnabacca substation will look like

An independent risk assessment of the potential threat a substation could pose to the water supply at Coolnabacca was sought at a meeting of Laois County Council.

Cllr Aidan Mullins read a prepared statement in relation to the proposed development,  which is part of EirGrid’s line reinforcement project between Laois and Kilkenny. Cllr Mullins said the statement was signed by local council members and TDs.

He told the meeting that the planned development was sited on top of an aquifer which supplied water to 20,000 people. Cllr Mullins said the development would include transformers which “contain enormous quantities of oil” which he believed could cause serious harm in the event of a leak or fire.

Cllr Mullins said both EirGrid and the ESB have been asked to get an independent risk assessment. He claimed they are instead attempting to have a “watered down version” which would only relate to the risk posed during construction phase.

“We are asking Laois County Council to facilitate the procurement of a suitable independent expert company,” he said.

Cllr Ben Brennan said “the letter is self explanatory. We need an independent risk assessment.” He insisted all stakeholders should be involved in the choice of independent assessor.

Director of Service Simon Walton spoke of the council’s interactions on the matter. “The next stage will be a meeting between Laois County Council and the local group, elected members etc. to discuss the terms of the risk assessment,” he said.

He noted the specific concerns relating to the oil on the site and said “the principal goal of the risk assessment will be to provide clarity around the whole issue of oil storage.”

Mr Walton said he wanted it known that regular sampling takes place at Kyle spring every month and there are no issues with the water quality. “We also sample on a very frequent basis the quality of the drinking water, at the tap, all of those results associated with those tests indicate that the water is in keeping with drinking standards,” he added.

Cllr Mullin explained that the ESB and EirGrid were talking about construction and had said they would do a construction and environmental management plan, which he said is a legal requirement for such projects. “They are not going the extra mile here,” he insisted.  The assessment being sought is post construction, he added. He expressed concern about what might happen in years to come if something goes wrong at the station.

Mr Walton said his understanding of the risk assessment was “they will deal with both the construction and the operation stage.” He said the council would be seeking an assessment in relation to the ongoing operation of the site and the storage of oil at the site.