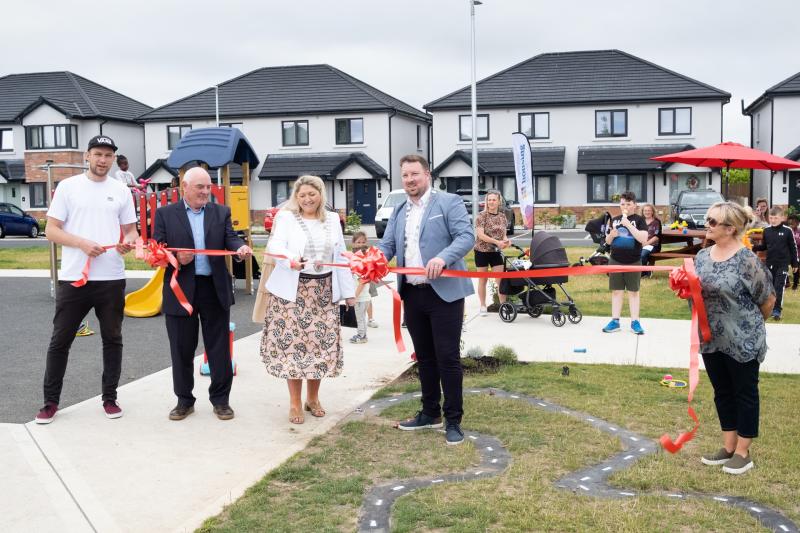 A cross county initiative between Laois and Carlow has seen new homes in Graiguecullen going to nearly 80 families from the two counties.

Co-operative Housing Ireland (CHI) launched Graigue na hAbhainn, a development of 77 homes in Graiguecullen, County Laois, on Thursday, July 7. The estate was originally given planning permission in 2008 but the project fell foul of the property crash.

However, the development was revived in recent years and has now been delivered for social housing under a partnership. The agencies involved included with Carlow and Laois local authorities, the Housing Finance Agency, the Housing Agency and the Department of Housing Local Government and Heritage, and the estate was built by BHA Construction.

The development contains two and three -bed houses comprising of mid-terrace and semi-detached homes. Each household in Graigue na hAbhainn will be a member of the South Leinster Housing Co-operative.

“We have more security in this place knowing our landlord isn’t going to sell it. Our neighbours are lovely, it’s nice and multicultural, we have Brazilian neighbours on one side and Nigerian neighbours on the other. Our son, Domis, knew one or two kids from school who have moved in here and he’s gotten to know more since we’ve settled in,” he said.

Mary is another resident of the new estate.

"We need more models of housing like this, where everyone pays what they can afford, and they have a security of tenure going forward. It really makes a huge difference knowing this is going to be our forever home,” she said. 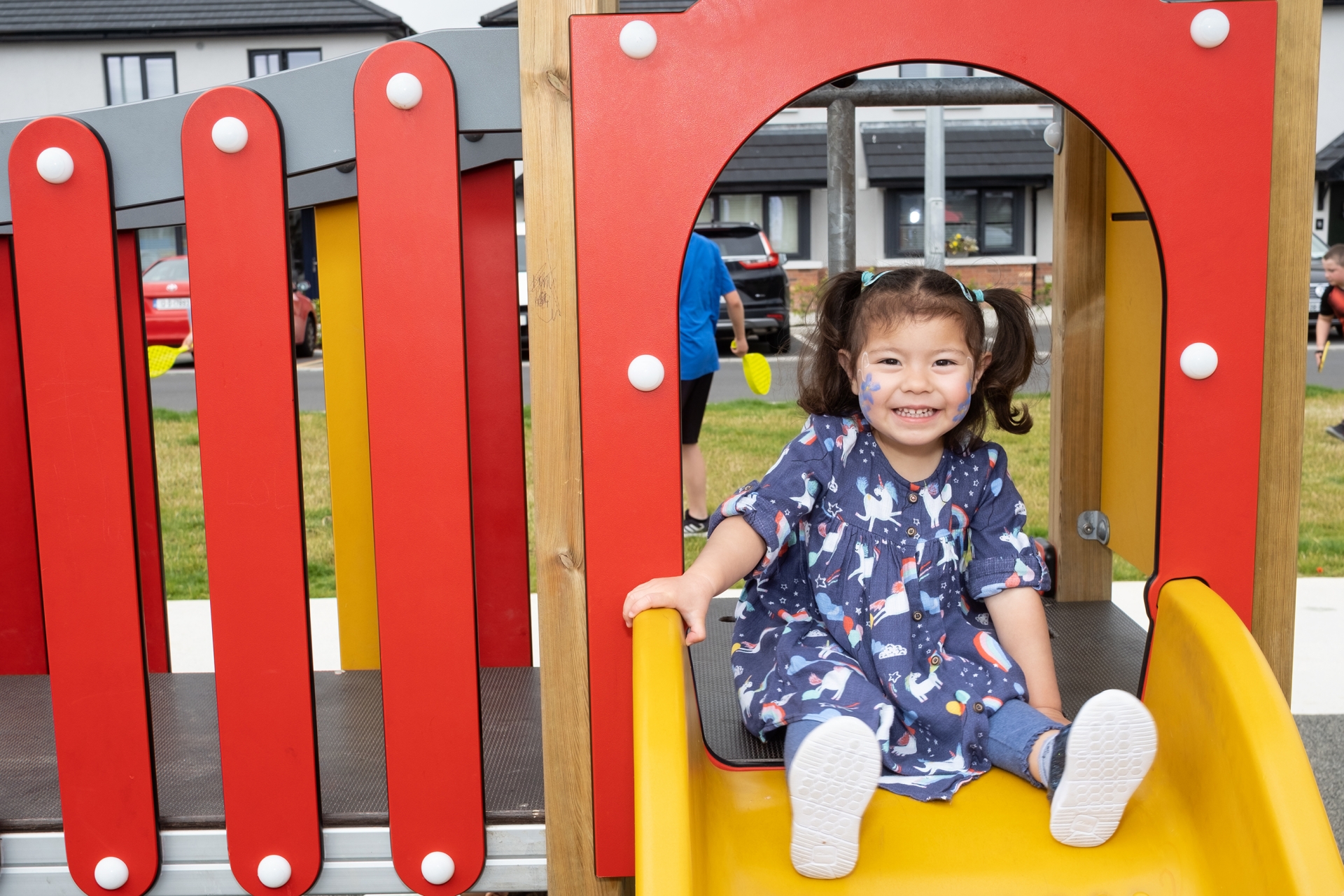 Pearse O’Shiel, is the Chairperson of CHI.

“CHI’s delivery in Leinster has been a considerable achievement for the Co-operative," he said. "We delivered 386 homes in Leinster during 2021, accounting for over 65 per cent of the organisation’s output that year. 139 of these homes were in Carlow and Laois.”

Mr O’Shiel said CHI provides 336 homes in Laois and Carlow. Most of the 77 homes are going to people who were on Carlow's waiting list.

"CHI’s response to Carlow County Council’s housing need has been our largest provision of homes to any local authority in Leinster outside of Dublin. This level of delivery would not be possible without the support and co-operation of the local authorities in those respective counties,” he said.

“It is an honour to be here at the launch of Co-operative Housing Ireland’s (CHI) new housing development. It is a tribute to CHI, and the builder, BHA Construction, impacted by Covid-19 to deliver much needed housing for people in Laois and Carlow. The direct delivery of homes by local authorities, and Approved Housing Bodies like CHI, is crucial to providing a bright future for people and families,” she said. MORE BELOW PICTURE. 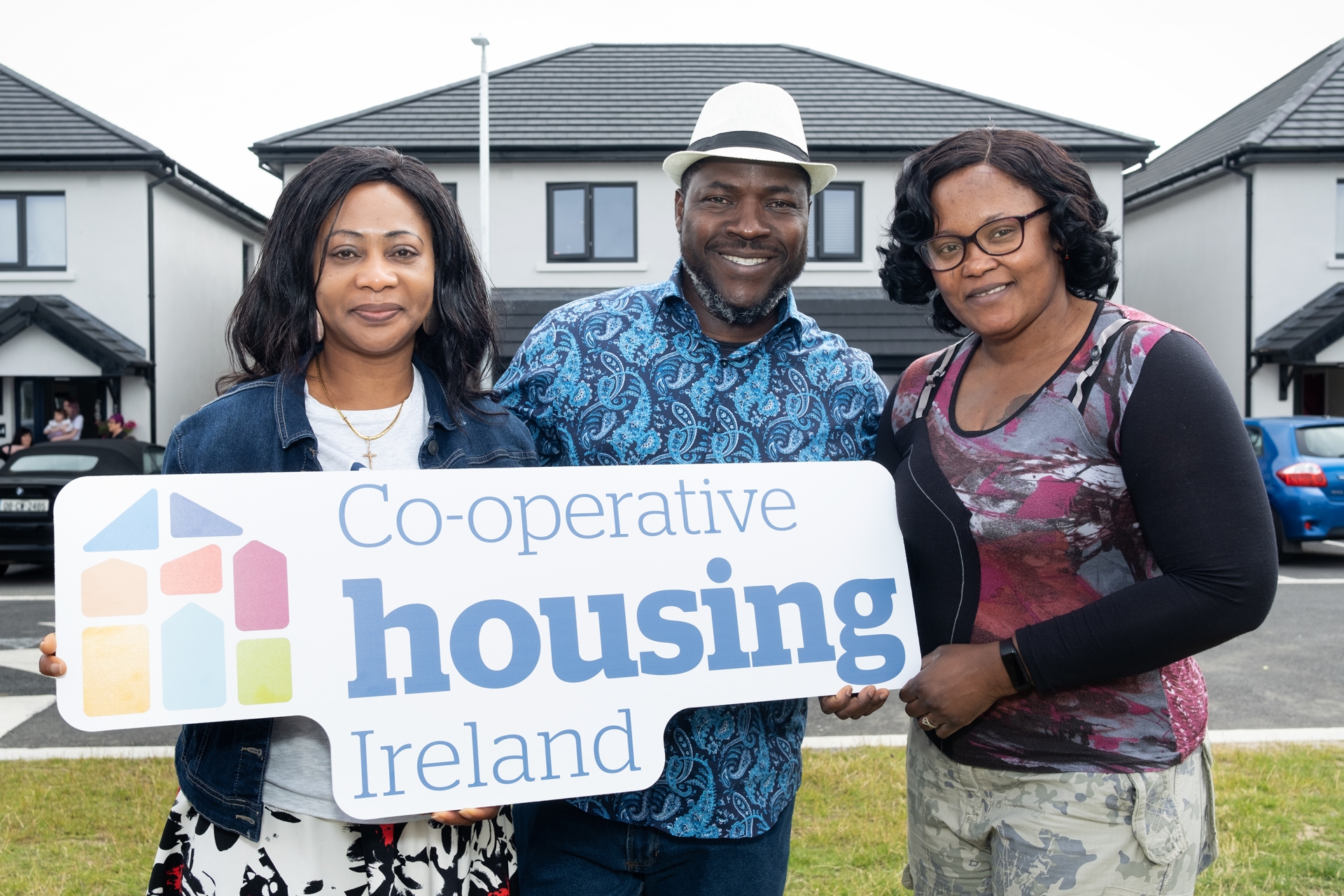 Speaking at the launch, Cathaoirleach of Carlow County Council, Brian O’Donoghue, was delighted to officially welcome families to their homes in Graigue na hAbhainn.

"It’s been great to meet members and to learn of the Members Association that has been established here, where new residents are banding together to address collective needs,” he said.

CHI is a leading Approved Housing Body working with Local Authorities and others to meet the housing needs of low-income households on social housing waiting lists.

Laois County Council originally granted permission in 2008. This was extended twice and construction work started in August 2019. The Property Price Register shows that the houses were purchased were purchased three different lots in 2021 at a net combined price of nearly €14 million before tax for social housing in both counties.