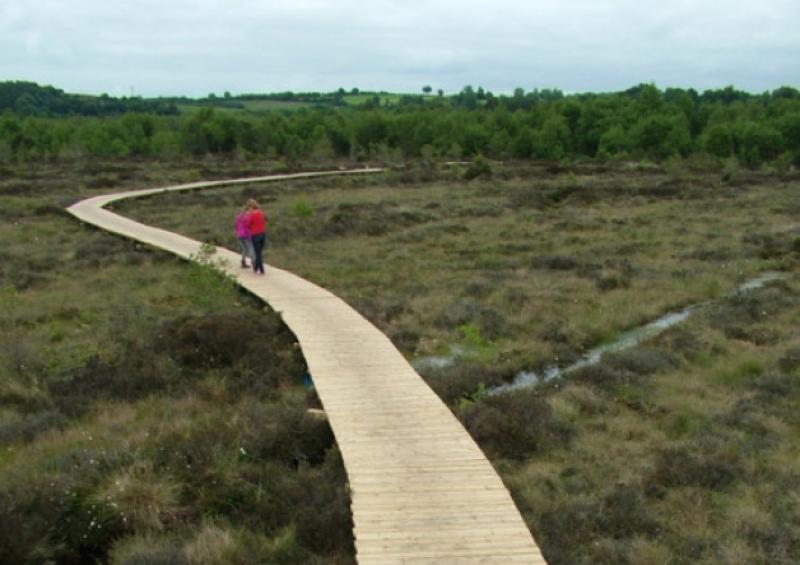 Funding of up to €75,000 has been allocated to the Abbeyleix Bog Project.

Laois Offaly Senator and Minister, Pippa Hackett described the announcement as a testament ‘to the grit and determination’ of the Abbeyleix Bog Project team.

“They presented the Department of Heritage’s Peatlands Community Engagement Scheme with a ‘no brainer’ of a proposal for restoration. I am delighted that their effort has been resoundingly rewarded,” she remarked.

“It is important we protect and strengthen nature and biodiversity our peatlands play an important role,” said Minister Fleming.

Abbeyleix is alive with Laois Heritage Week activities this August

Abbeyleix is alive with Laois Heritage Week activities this August

Minister Malcolm Noonan said he was delighted to support active and determined community and volunteer groups like Abbeyleix Bog Project in their efforts to embrace and bolster nature and biodiversity.

“Community groups play such an important role in protecting nature and biodiversity, and those involved in the conservation and restoration of 103 hectares of Abbeyleix Bog back in 2009 were ahead of their time. I’m delighted to be able to support this next phase of the project, which will take in areas of cutaway bog and wet woodland,” said Minister Noonan.

“Through this work, the bog will become a functioning peatland again, halting carbon emissions, enhancing water quality, and providing habitats for a diverse range of unique flora and fauna which have adapted to life in the bogs. This model of government-supported, community-led restoration is a powerful one and I’d like to encourage anyone interested in taking action to restore peatlands to consider replicating its success,” he  added.

Minister Hackett described Abbeyleix Bog as a fabulous resource, not only for its ecological value but for the amenity it offers locals and visitors alike.

“As part of Heritage Week 2022, there are guided walks on the 14th and 19th of August to observe the wide range of biodiversity present including plants, insects, butterflies and birds. I encourage people to go along - it is a family friendly event and the group will meet at 10:30am at Manor Hotel car park on both days,” she said.

The Peatlands Community Engagement Scheme in 2022 remains open for the submission of new applications this year, enabling community groups and others to proceed with projects delayed due to the impacts of the COVID-19 pandemic.

Further details of Heritage Week events in Laois can be found on Laois.ie. Further details of peatlands schemes operated by the National Parks and Wildlife Service are available on the Department website www.npws.ie.