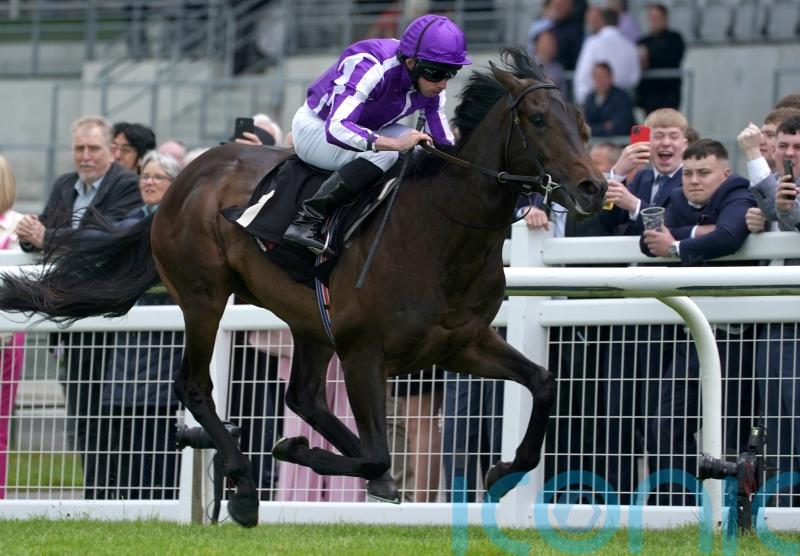 Blackbeard got the better of Persian Force to lead home an Aidan O’Brien one-three in an all British and Irish-trained running of the Darley Prix Morny at Deauville.

Blackbeard got the better of Persian Force to lead home an Aidan O’Brien one-three in an all British and Irish-trained running of the Darley Prix Morny at Deauville.

The No Nay Never colt was the Ballydoyle number one following his victory in the Prix Robert Papin at Chantilly last month.

The 270,000 guineas buy was away well in the six-furlong Group One and setting the pace alongside Amy Murphy’s Manhattan Jungle in the early stages, as the five runners headed down the Normandy straight in two lines.

As the race developed Frankie Dettori appeared to be travelling smoothly on Richard Hannon’s Persian Force and was soon disputing matters with Blackbeard at the head of affairs. The pair drew clear of The Antarctic inside the final furlong, but it was the mount of Ryan Moore who pulled out extra when it mattered most to pick up the first prize.

The victory provided O’Brien with his fourth win in the two-year-old contest and his first since 2001 and in the aftermath Coral shortened the winner – like Group One-winning stablemate Little Big Bear a son of No Nay Never – to 16-1 from 25-1 for next year’s Qipco 2000 Guineas.