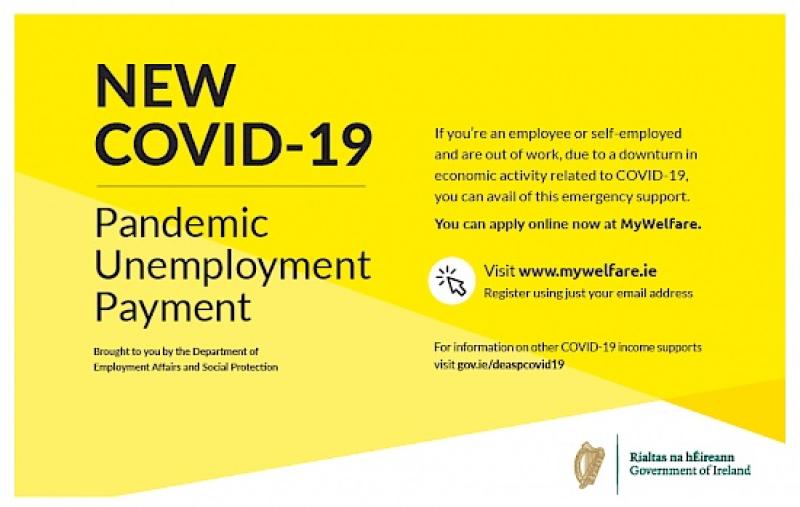 The number of people out of work has grown this summer despite the easing of restrictions and is also higher than at the same time last year according to the latest official figures.

The Central Statistics Office figures also reveal that the the unemployment rate would be doubled if the many thousands on the Pandemic Unemployment Rate at the end of July was included.

The CSO reports that the Covid-19 adjusted unemployment rate for July 2021 was 14.4% for all persons including those on the Pandemic Unemployment Payment.

There is also a sign in the figures that changes to the PUP which would have resulted some people losing the payment may be pushing up the traditional unemployment figure.

PUP claimants had until Tuesday, July 21 to confirm their continued eligibility for this payment with the Department of Social Protection (DSP). Anyone who did not do so faced having the PUP payment stopped. The PUP closed to new applicants from July 8. 2021.

In a statement the CSO said the pandemic is still being felt.

"The COVID-19 crisis has continued to have a significant impact on the labour market in Ireland in July 2021...When comparing the COVID-19 Adjusted Measure of Unemployment in different months, users should consider the impact of Government restrictions on the number of people in receipt of the PUP," it said..

“The Department of Social Protection (DSP) have supplied supplementary information on whether PUP recipients were in full-time education when asked to certify their status online on the MyWelfare.ie service. While it should be noted that this information is not complete, it is estimated that at least 8.1% of all recipients of the PUP were attending full-time education at the time of certification. For those aged 25 years and over this could be as low as 1.4% while it is at least 34.6% for those aged under 25 years.

This analysis indicates that caution needs to be exercised when interpreting the COVID-19 Adjusted Measure of Unemployment particularly for those aged under 25 years. If the PUP scheme did not exist, those persons, being in full-time education, would not be eligible to receive Unemployment Assistance or Unemployment Benefit and so would not be included in the methodology to estimate the traditional measure of monthly unemployment,” he said.

Prison: Numbers behind bars in jails tumbled due to virus
ADVERTISEMENT - CONTINUE READING BELOW