Rose of Tralee Dr Jennifer Byrne from Offaly, on her busy year and Laois friends 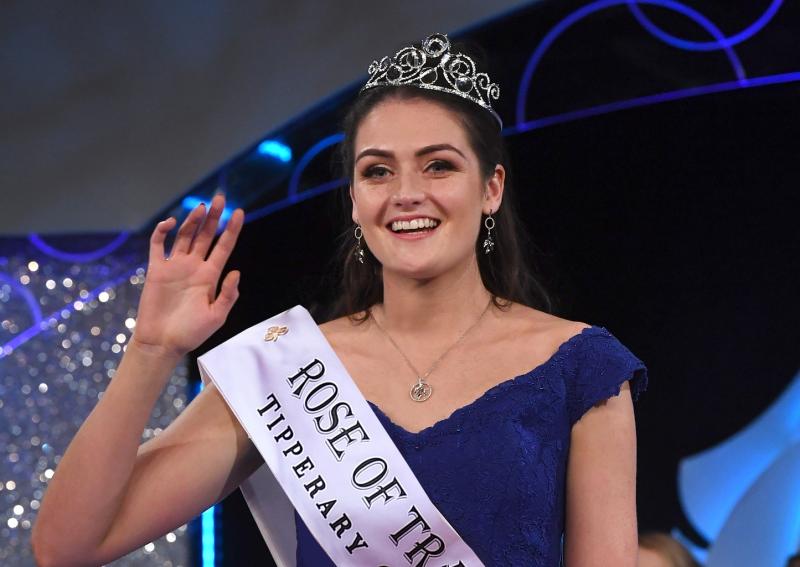 The 2017 Rose of Tralee Dr Jennifer Byrne from Offaly

The 2017 International Rose of Tralee, the Offaly Rose Dr Jennifer Byrne, took time out from her whirlwind schedule to talk to the Leinster Express about her exciting year so far.

Next August Jennifer, 24, from Conaderig, Ballinahown, will hand over her crown to her successor, ending her year and what she describes as “the best decision of my life, a phenomenal experience”.

It has been a packed year, between her work as a newly qualified doctor, and a dizzyingly busy schedule as the International Rose of Tralee, involving lots of travel around the world.

“Being at the opening of the Frankfurt Christmas Market, with 120 Roses from across the world was wonderful,” she said.

There was also an emotional trip to India accompanied by the Hope Foundation ambassador, model Nadia Forde.

“I went to Kolkata for the Hope Foundation and parts of that were tough, particularly visiting the slums, but the children were amazing. It was very emotional but very worthwhile,” she said.

With the Laois Rose Maeve Dunne, and 26 other Roses and escorts, she also spent a week in a children’s asylum in Vesnova, Belarus, as a volunteer for Chernobyl Children International.

The asylum cares for children who are still being born damaged from the Chernobyl nuclear disaster, and the Roses spent their week giving the children much needed human affection and care, also bringing out supplies from Ireland.

An annual event organised by the Rose of Tralee, it was a memorable week for Jennifer, who has herself gone on several volunteer trips in the past, at a hospital in Zambia and also for the Barretstown children’s charity.

“The visit to Belarus really stands out for me,” she said.
In March she jetted off to New York to proudly lead her sister Roses in the St Patrick’s Day parade.
“We started St Patrick’s Day with breakfast in the Mayor’s mansion, I had to do an interview for RTE as well, the whole day was just so special,” she said.

Now as the 2018 Roses all over the world are being selected, including the Laois Rose this Sunday night May 6, the young doctor is busier than ever.
“Soon I will be heading to Abu Dhabi, then Dubai and Brisbane and Perth,” she said.

“I enjoy travelling so much now, I want to keep doing it. I have realised the amount of things to do around Ireland, from attending ploughing and agricultural shows, and our tour of Ulster, I want to see more of Ireland,” she said.

While growing up in the county right next door to Laois, the Offaly Rose says she has no family in Laois that she knows of.  Instead her biggest childhood memories of Laois were when she was at matches supporting Offaly against them.

Indeed Jennifer has a big interest in soccer and GAA. She represented Ireland in soccer at U17 and U19 level and at the World University Games.  She also plays with Galway FC Women's National League.

“I’m a member of the Galway FC Women’s National League but I’m not able to commit to the matches because there’s so much going on at the weekends with the Rose of Tralee,” she said in a recent interview.

She has found a new friend in the 2017 Laois Rose, Maeve Dunne who is from Mountmellick.
"I am very good friends with Maeve, I've known her from the beginning, since I met her at my own selection night in Offaly. She has been a fabulous Laois Rose, the new Rose will have someone great to look up to for advice," she said. 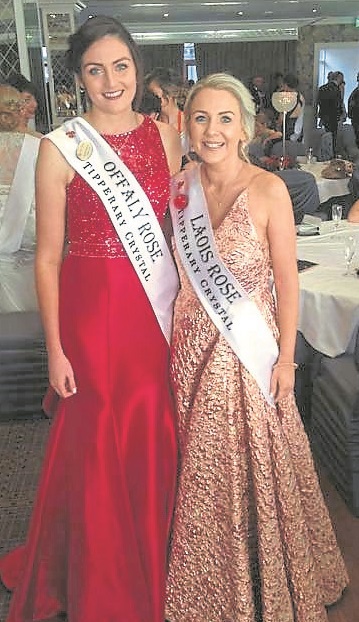 Jennifer's biggest skill acquired from being Rose of Tralee is she believes, learning how to make the best use of her time.
“I suppose what I have learned is being good at dividing my time,” she said.

Jennifer graduated as a doctor two years ago from NUI Galway.
She is now working with the GP scheme to gain extra training at University Hospital Galway.
“I spent four months in the Emergency Department, and thenanother four in psychiatry. I have a few weeks off work now for my duties as Rose of Tralee, then I will go on to work in Paediatrics in July. It’s nice to have a break,” the young doctor said.

Being busy comes naturally to her, luckily given her current hectic year.
“I don’t take a lot of time to relax and chill out. I’m always on the go,” Dr Byrne said recently.

She is the first ever Rose of Tralee to come from Offaly, so going back home to her county after she was crowned last August was extra special.

“I think I was in a picture with nearly everyone in Offaly that day, the fire brigade even gave me an escort, it was amazing. Anything I do in Offaly is very special to me, I get a great reception wherever I go,” she said.

The impact of her year has not even sunk in yet she believes.
“From the moment my name was called out, I was so shocked and excited, I still haven’t really thought yet how proud I feel. That will probably come when the year is over. I want to make a scrapbook, but at the moment I am just enjoying it,” she said.

She encourages other young women to enter the Rose of Tralee.
"I would say to anyone thinking about it to take the plunge and go for it. I would honestly say it's been the best decision of my life, it was a phenomenal experience," Jennifer said.

Her further advice to the young Laois women who are nervously preparing to take to the stage this Sunday at the Laois Rose Selection Night is simple.

“Be yourself and enjoy yourself. Some people might think it’s all about the dresses, but it’s really about personality, so enjoy it,” the International Rose of Tralee said.

Read the profiles of all 17 Laois Rose 2018 entrants, and latest news, on our Laois Rose webpage. 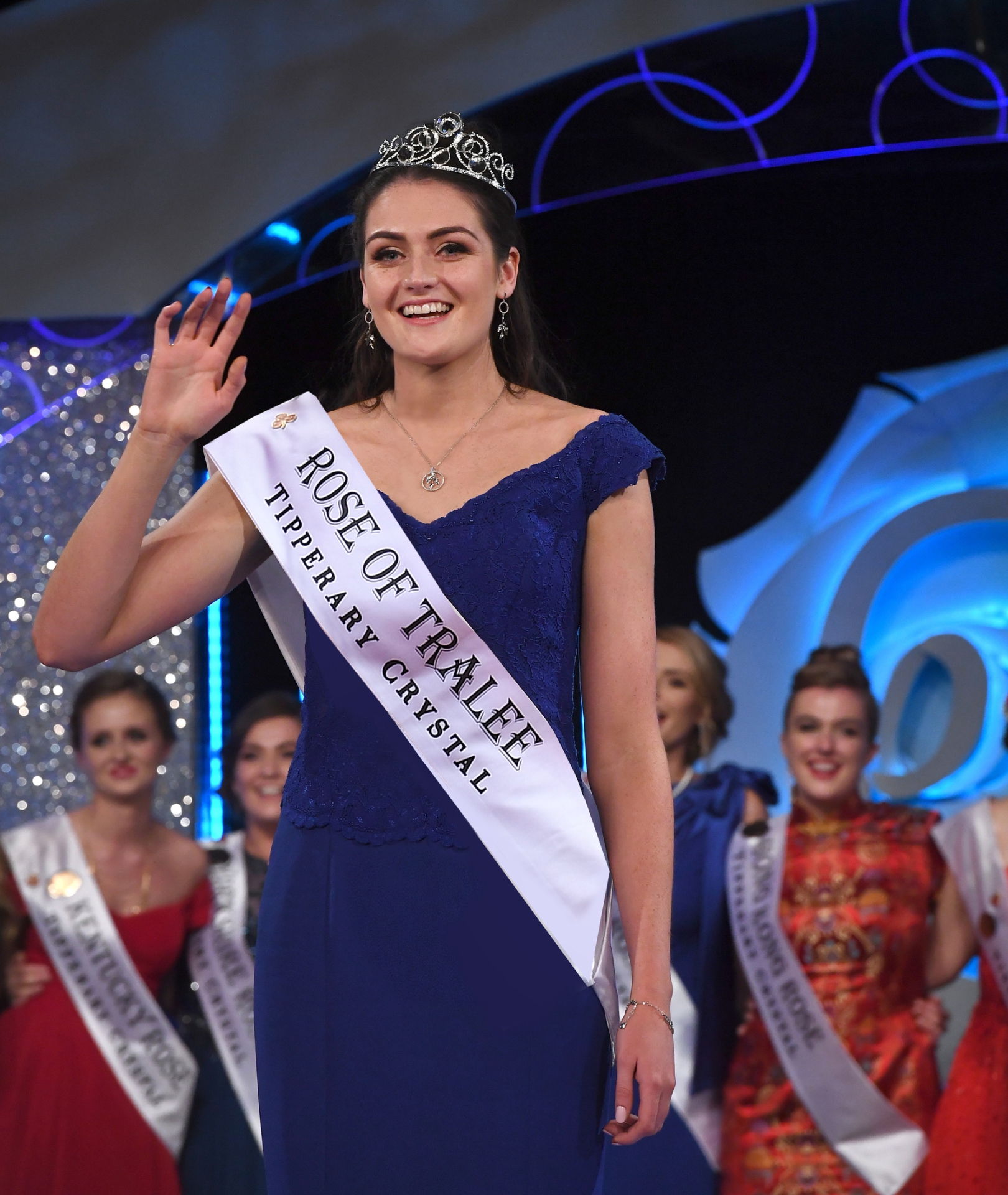