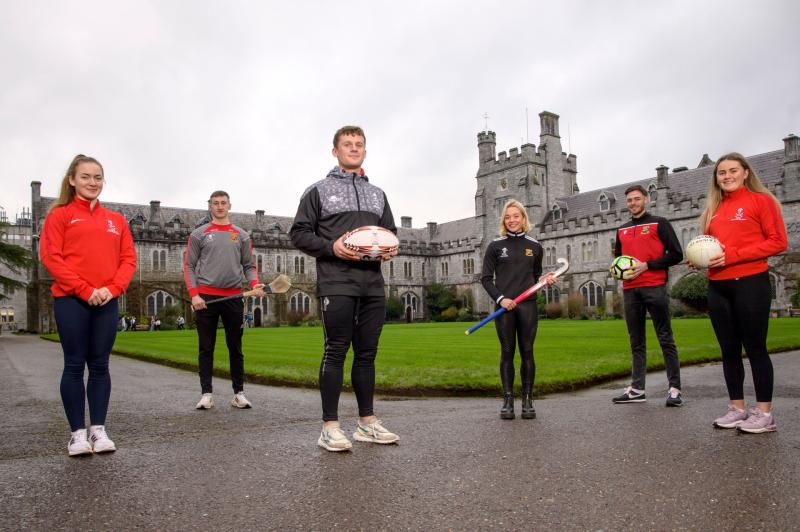 An up and coming Hockey star from Laois has been awarded one of the 75 Sports scholarships from University College Cork.

Elva Kerr has been busy making a name for herself on the Irish Hockey circuit and the current UCC Hockey player has been named in the strong and extensive list of recipients announced by the University on Tuesday.

The Ballyfin native who also received a scholarship from in her fresher year in 2019 and having played Hockey with Kilkenny College during her secondary school days, she is now a focal point on the UCC team.

Speaking at the announcement of this year’s scholarships, Kerr, a Third Year Food Marketing and Entrepreneurship student commented;

“The funding is good for a student, especially when you are involved sport; it's hard to balance earning with training and studying, so that's always a help. But just having the scholarship itself, is really an honour. When you go to play for UCC you think ‘I'm representing the college’ and it's just backing me.

Also on the list is St Abbans athlete Ruby Millet. From Moonenroe, just outside Castlecomer, Millet has been one of the most successful St Abbans athletes in recent times and is a renowned long jumper. She has represented her club and Country down through the years and she receives her scholarship in her chosen field of athletics.

UCC has announced that a total of 75 athletes have been selected for the 21/22 UCC Sports Scholarship programme, with a further 20 students rewarded under UCC’s Sports Performance and Development programmes.