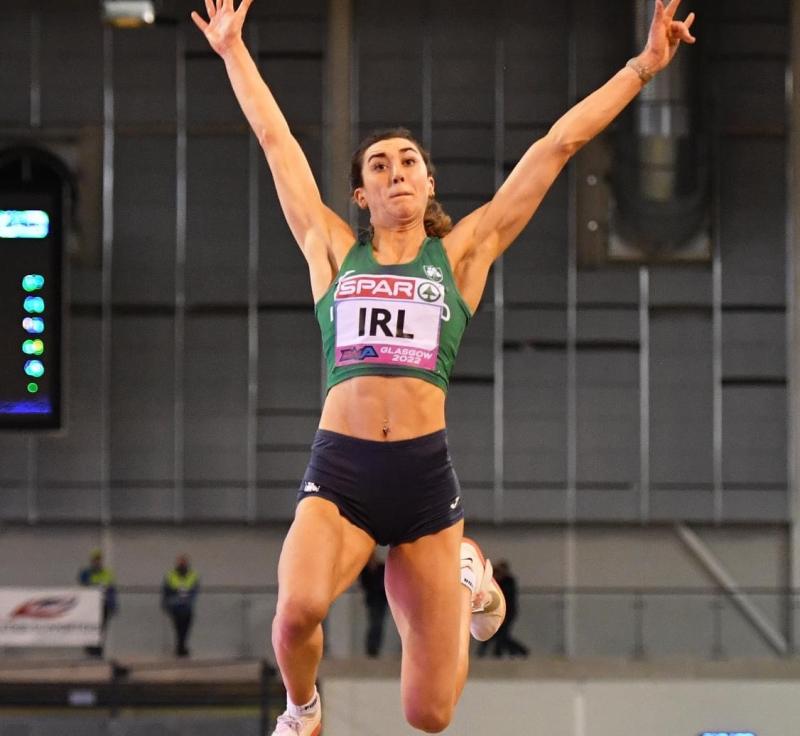 St Abbans athlete Ruby Millet displayed her class across a number of events at last week’s Indoor University Championships when she took gold in the Combined Events. This week it was back to her favourite Long Jump where she represented Ireland in a new European Athletics event held in Glasgow, Scotland. What a return it was.

Ruby travelled as part of a strong Irish team consisting of 18 athletes, nine men and nine women. As a new and innovative event it encapsulates running, jumping and throwing elements of athletics. Each athlete’s finishing positions equates to a number of points going from 12 for first all the way down to two points sixth.

The Long Jump followed a new format just for this competition, the jumpers were split into Group A and B. After her three jumps Ruby registered 6.09m which put her into a jump off for third/fourth position.

Each jumper was given one final jump where Ruby leapt 6.40m, a new PB, a club record and a jump which moved her to fourth place overall in the Irish Rankings.

The jump was good enough for third position in the competition and added eight points to the Irish Team effort. There was delight around the stadium, none more so than her coaches Eoin Kelly who was trackside and Micheal Kelly who followed the action very closely on TV.

While Ruby had jumped 6.43 outdoors, the wind reading was illegal on the day so this marks great progress from her previous Pb of 6.32m. Ruby finished in third place overall which saw her gather eight points for Team Ireland.

When the final Hunt event, an 800m-600m-400m-200m relay, took place Ireland also finished in third place in the overall team standings. It marked a very successful trip for Ruby and her teammates with the added bonus of a new Pb to mark a tremendous start to 2022.