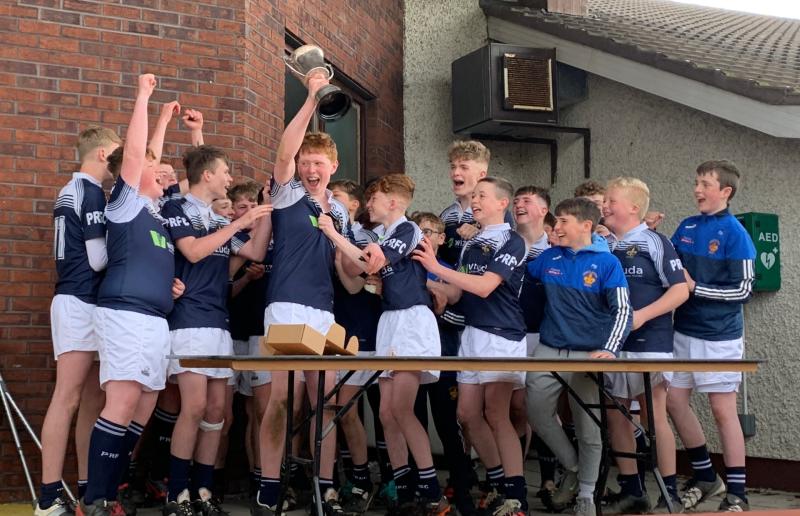 On a bright and breezy Saturday afternoon at Carlow RFC, Portlaoise claimed the league title after a tough battle against a strong Navan side. Two evenly-matched teams served up a great game of rugby and it took a conversion by Matt Cunningham with the last kick of the game to seal the win.

Navan kicked off and made great use of the elements early in the half to dominate territory and possession. Portlaoise defended resolutely with the front row of Shane Foley, Conor Deegan, and Fionn Mullen in the thick of the action, as was Joey McGuinness when introduced. The Navan pressure eventually told and, after several phases of play, the back line finally breached the Portlaoise defence to score the game’s opening try which was converted to put Navan 7-0 in front. From the re-start centre Daniel Whelan carried strongly to get into the Navan half before Zach Maginness took play inside the 10 metre line. However, they met a wall of resistance as Navan won a scrum and kicked deep into the Portlaoise 22 with full-back Eoghan Kennedy forced to kick to touch to relieve the pressure. From the resultant line-out, Portlaoise were penalised at the breakdown and Navan took the opportunity to keep the scoreboard ticking over as they opted for a kick at goal and extended the lead to 10-0.

As the game moved towards the end of the first half Portlaoise finally got on the front foot. Captain Eanna Moynihan led the way as he carried strongly and the backs started putting some good phases of play together with wings Cormac Page and Fionn Cuddy joining the line to good effect. Donnchadh Carroll made a great break off a ruck that took Portlaoise into the 22 and Navan were forced to concede a penalty. Scrum-half Kyle Moore started a move from the training ground which worked to perfection as Moynihan drove over the line for a Portlaoise try. Out-half Matt Cunningham added the extras to leave it 10-7 to Navan at the break. 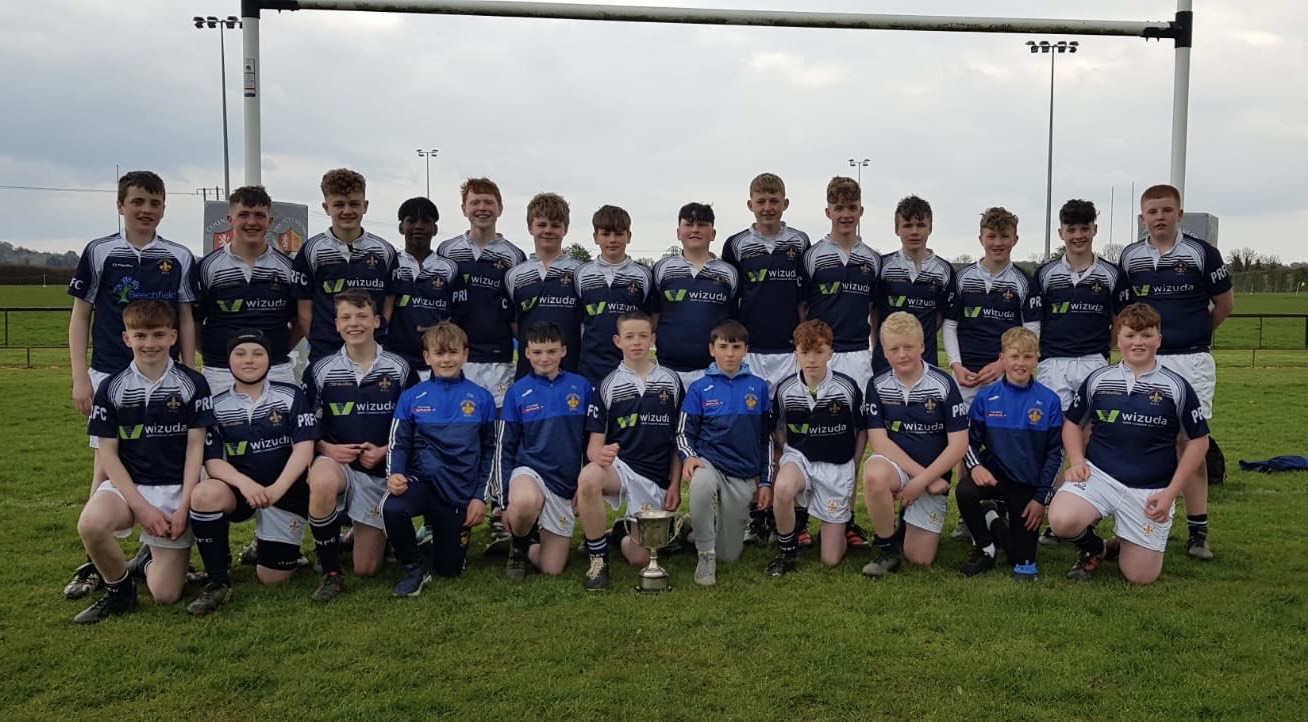 The early exchanges in the second half were even as both sides sought to get the upper-hand. Second-rows Mark Ging and Cormac Drea were getting through an amount of work and slowly but surely Portlaoise started to get on top. A well-judged kick from Cunningham found touch inside the Navan 22. Portlaoise won the resultant line-out and, after some strong carries by centre Aaron Fitzpatrick and Foley, Navan conceded a penalty. Moynihan pointed to the posts and Cunningham duly dispatched the kick to bring the sides level at 10-all.

Navan responded well and, after securing possession in the Portlaoise half, a fine run by the No. 8 saw him score Navan’s second try to put them back in front 15-10.

The tension was building on the sidelines as the game entered the final stages. Portlaoise knew they needed to win the game as a draw would have seen the title go to Navan as they had scored the first try. 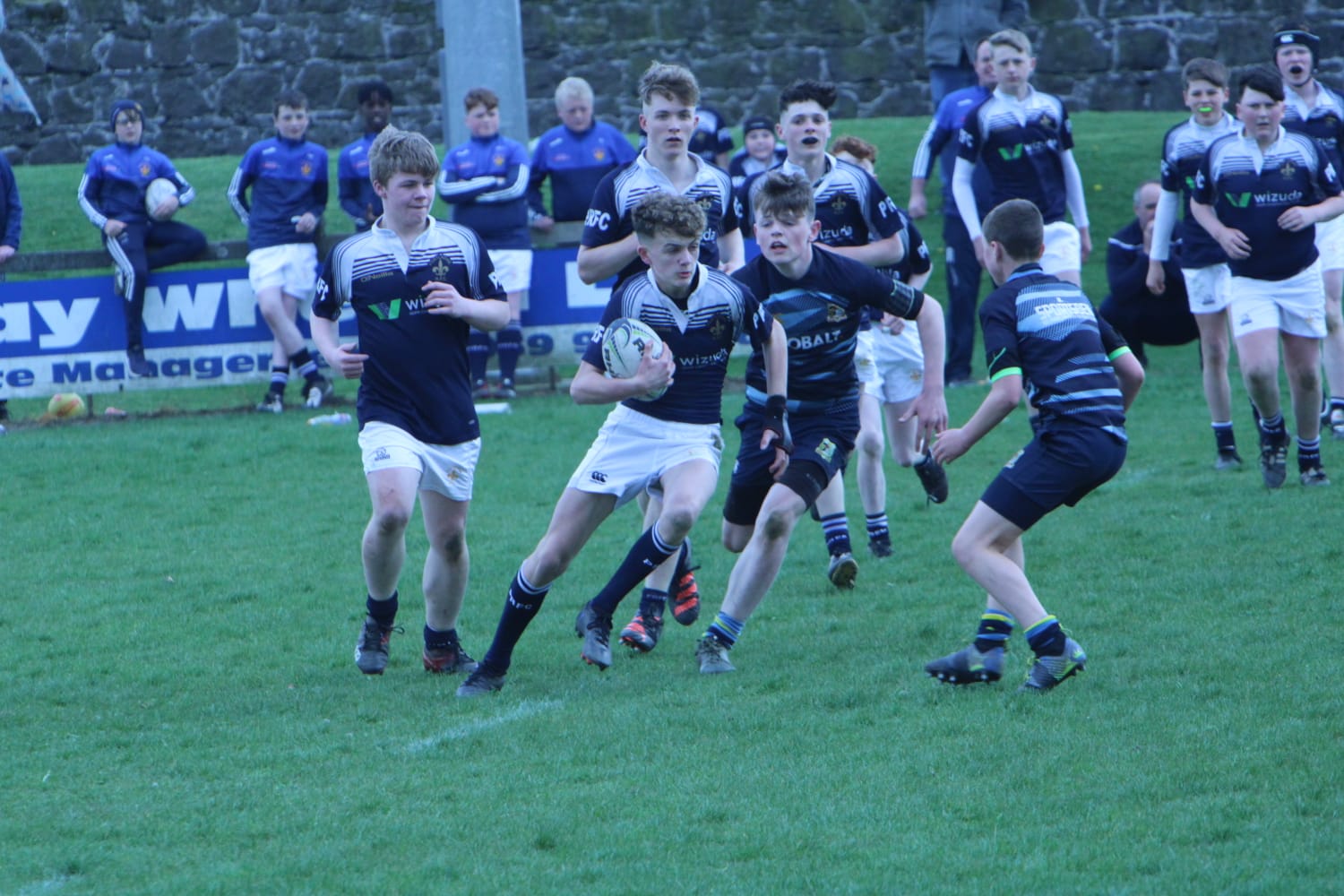 Portlaoise went on the attack with Bill Rigney, Deegan, Carroll, Whelan and Fitzpatrick all going close. Credit to Navan, they defended their line well and looked to have seen off the Portlaoise challenge until the final play of the game. At this stage, Portlaoise were within touching distance of the Navan line but they turned over the ball and their chance seemed to have gone. However, as Navan looked to clear their lines, the pressure from Portlaoise forced a knock-on and Shane Foley was first to respond to dive on the loose ball for a try which left the teams level at 15-15. That meant the game and league title all rested on the conversion attempt. To hushed silence in the ground, Cunningham judged the wind to perfection and the ball sailed between the posts. With the flags raised, the referee blew the final whistle to cue great celebrations among the Portlaoise players, management, and supporters.