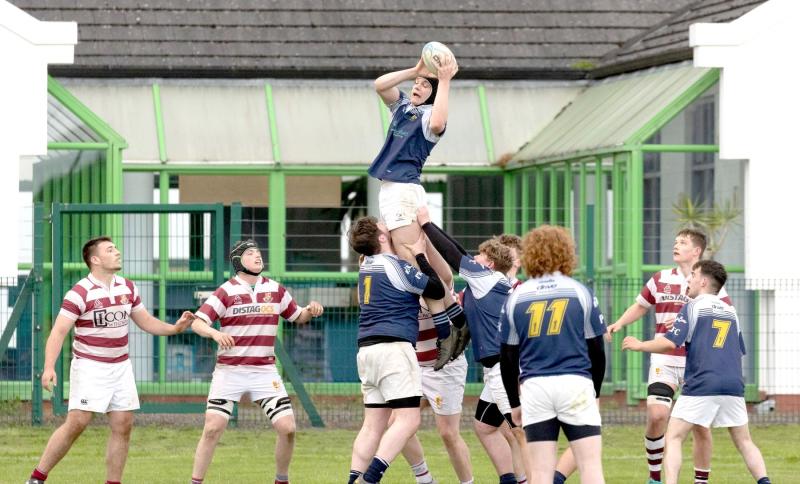 Portlaoise RFCU/18 team put in a cracking performance against Tullow on Friday evening at the IT Carlow grounds but despite their best efforts they fell just short in the Leinster Rugby U/18 Plate final. It might have been a disappointing end to the season for this team but they can take a lot of pride out of the played and what the achieved.

Tullow got off to a great start when they turned over Portlaoise and Tom Pilkington gave the scoring pass to Cameron Ferreira who went over on the left. Adam Johnson converted and Tullow looked to be on their way.

Portlaoise almost scored a try but Ciaran Culleton's effort was ruled out. It was only a delay and when they ran a penalty Mark Bracken touched down. The conversion was missed but they were recompensed when Portlaoise kicked through and James Kidd ran on to touch down. Matt Coonan converted. On 28 minutes, more Portlaoise pressure saw Ciaran Culleton touch down and this was also converted by Bracken. 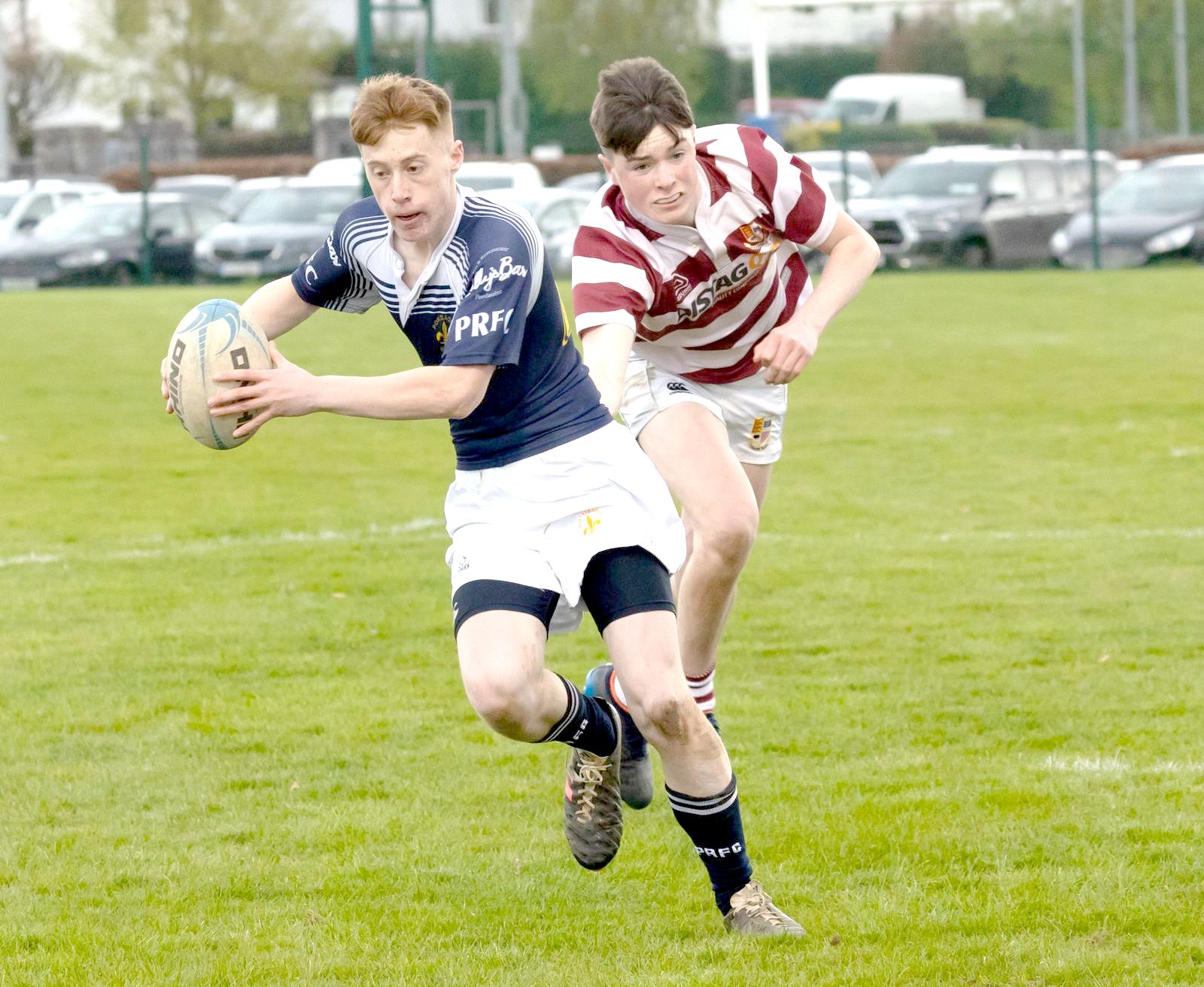 Tullow gathered themselves and when Adam Johnson spotted gaps in the opposition defence he went over for a try which he converted himself. He underlined his value to the team just on half-time when he scored another five-pointer. The conversion was a formality and from being 12 points in arrears the Slaneysiders found themselves 21-19 ahead at the interval.

For the opening ten minutes of the second half, Portlaoise threw everything at Tullow. At times it looked as if the pressure was not going to reap dividends as their opponents defended well. Portlaoise didn’t relent and were rewarded when James Kidd was adjudged to have scored in the left-hand corner. It was a tight call. If the TMO was on hand it would surely have been used but between the side-line official and the referee they gave the nod in favour of Portlaoise.

Typically in the game which had a little of everything, Tullow came back and Johnson converted two penalties to restore his side’s lead (27-24). The eventual winners kept the squeeze on and Tom Pilkington drove over for a try which Johnson converted.

A ten-point lead should have been substantial but Portlaoise didn’t give up. When Tullow failed to find touch from a penalty inside their own half they found themselves under the cosh once more. With time running out, Stevie Delaney was on hand to score another try. Now Portlaoise had something to aim for and only five points behind they threw everything at Tullow. In the end, time ran out and Tullow took the honours. 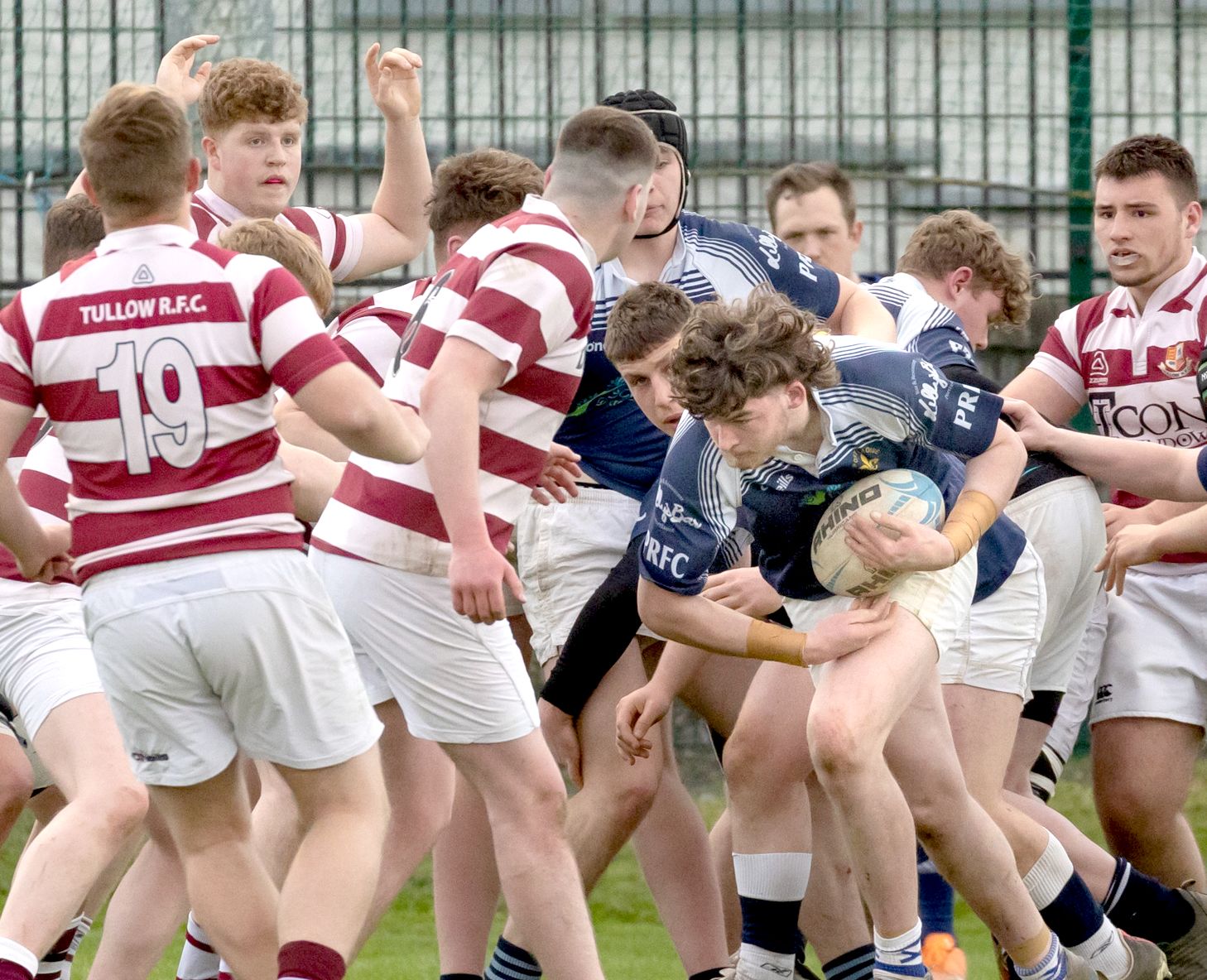