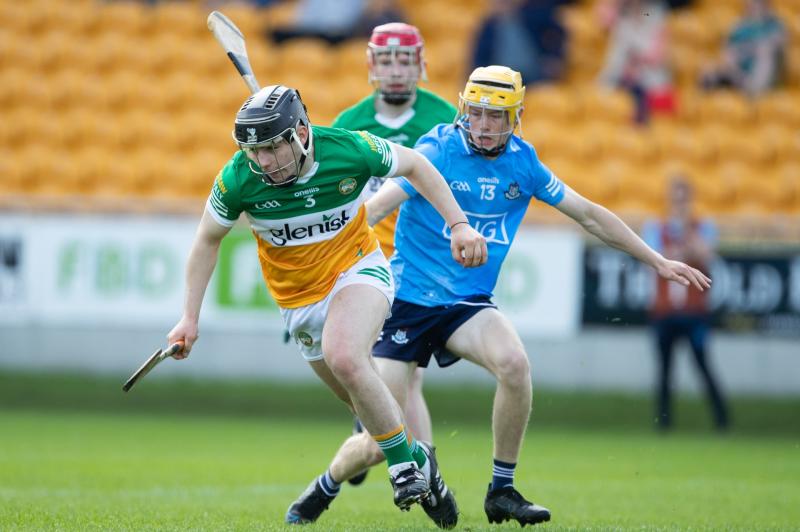 James Mahon bursting out of the Offaly defence against Dublin.

The venue for the Leinster Minor Hurling Final has been decided after a coin toss.

Laois have won the toss for home venue for the Leinster Minor Hurling Championship final against Offaly next Monday.

The game will take place in O'Moore Park, Portlaoise on Monday, May 16 at 7.30pm. Ticket details will be announced later today.

The draw was held by Leinster Council on Monday afternoon after both counties agreed to toss for venue after super wins in their Leinster semi-finals on Saturday – Laois shocked Kilkenny while Offaly showed their quality against Dublin.

The game was originally fixed for Saturday but Offaly sought a change as their senior hurlers are playing Kerry in the Joe McDonagh Cup that day. It had been expected that Nowlan Park in Kilkenny would be the venue but the counties decided to toss for home advantage after Laois agreed to putting the final back a couple of days.

There will be huge local interest in a historic pairing – it will be the first ever Leinster minor hurling final without Kilkenny, Wexford or Dublin appearing it it.