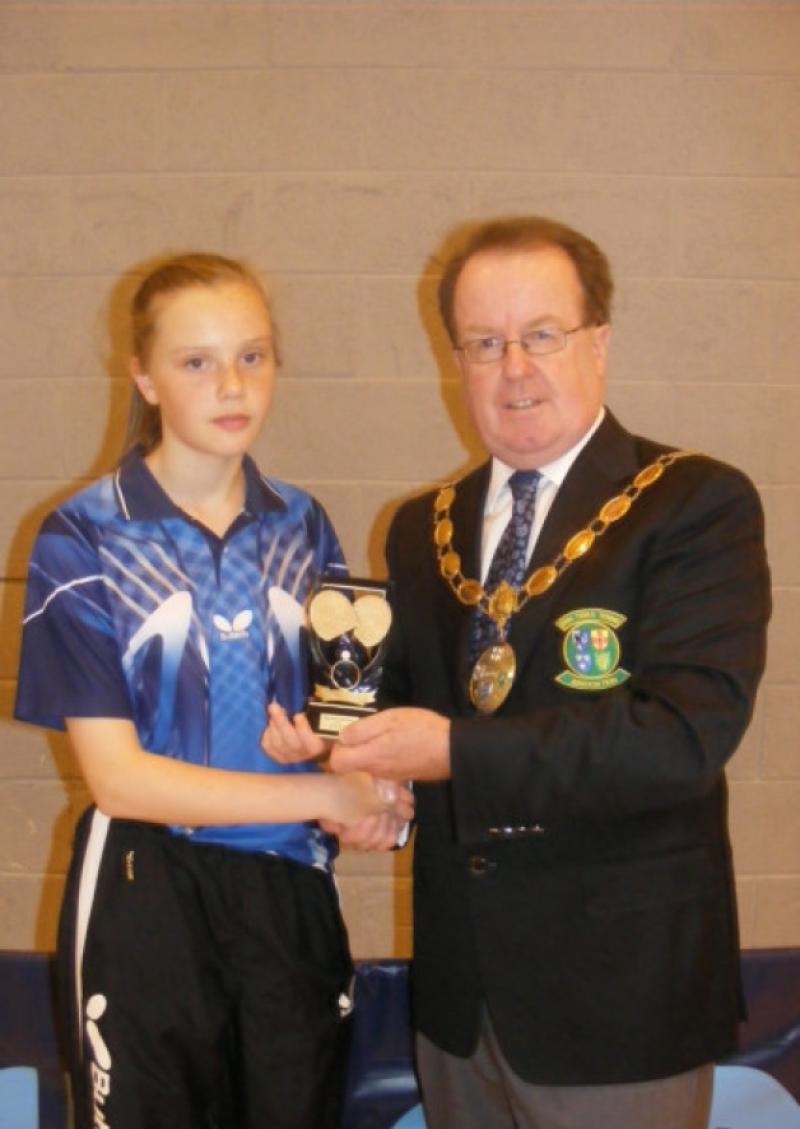 Irelands National table tennis season got underway recently with the first of a five round series staged in DCU.

Irelands National table tennis season got underway recently with the first of a five round series staged in DCU.

Each event moves around Ireland and brings together the leading 200 plus tournament players from around the country to battle it out for overall national champions at U-12, U-14 and U-17.

For most the dream is to make the Irish top 20 in their category while for more the desire to be overall national champion. To reach this standard requires many hours of weekly training plus Provincial, Academy and National camp training along with 15-20 major competitions a season to reach peak performance.

This weekend saw many of the leading players from the Midland Table Tennis Academy compete including outgoing National U-12 champions Kate Whelan and Dylan Grace who were stepping up to U-14 category.

Kate Whelan, who was among the best in Europe at U-12 level, had a superb start to her new category cruising through early rounds, while having to dig deep in later stages and only came unstuck when up against top International Katie McClone in the semi-finals.

While the difference in standard was not huge the Dublin girl was the stronger and would prove unbeatable as she eventually won it out, while Whelan picked up a very impressive third place.

Pocket rocket Dylan Grace, who shot to fame last season, made great progress also by taking fourth place in the Boys U-14. This young wizard like Whelan is a gifted player with endless ability.

Following closely behind with excellent results were Tadhg Downey, 8th, who lost to Grace in the quarter-finals and Scott Jestin,who came 9th.Also taking silverware over the weekend were Paddy Vaughan and Leanne Delaney.

Round 2 will take place in Belfast on October 19 and 20. While the leinster Ranking events start September 21 and 22 in Palmerstown.