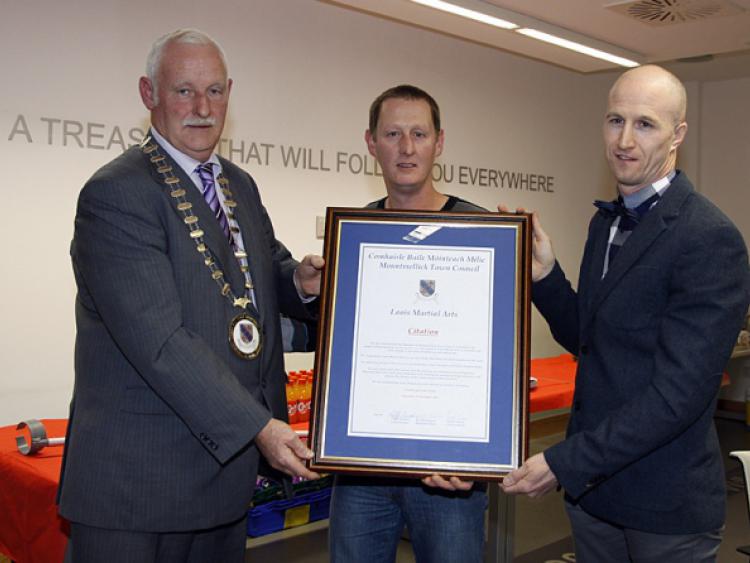 The reception in the library was attended by club members, their families , the town council and town manager Ian McCormack.

“Over the past seven years you have promoted Kickboxing in Laois, fostering and nurturing what is good in our community. You have provided people of all ages with a positive and motivated environment to train and progress in the sport. It is some achievement,” said Cllr Bracken.

The coaches and each little champion received a citation from Cllr Bracken.

“You are truly inspirational people, a credit to yourselves. To get to the level you have got, takes true grit and determination,” he said.

“I wanted to do something positive for my town, I believe everyone can grow in the right environment. Be proud of what you have achieved, where you come from, and be a role model, the best you can be,” he urged his pupils.