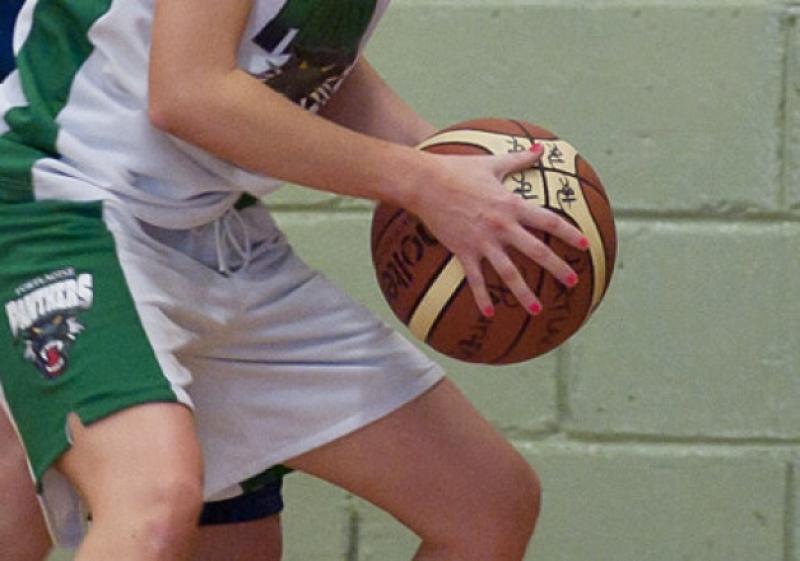 The girls are unbeaten in the Kilkenny league this year and were hoping to maintain their good run. Panthers travelled with just seven players for the mid-week fixture but were determined to get another win under their belts.

They began the first quarter playing a strong zone defence. Aedín Dunne and Claire Melia played brilliantly on the baselines and secured rebound after rebound setting up Gillian Hannigan and Sarah Phelan on the fast break. As the game settled down, Panthers swung the ball well on their offence which opened up the lanes inside for Claire Melia and Shauna Burke to drive to the board.

Orlaith O’ Donovan’s introduction to the game bolstered the Panthers defence and her strong rebounding both ends of the floor was excellent throughout. Portlaoise lead 14-8 at the end of the first.

Sharp shooter Aedín Dunne opened the second quarter with an outside shot and it was much of the same from the Portlaoise girls up to half time. Excellent pressure from Hannigan and Phelan on the Old Leighlin guards, lead to numerous steals and some great finishing under the basket widened the gap between the teams. Eireann Brennan worked tirelessly on defence and her speed on the break proved to be a headache for the Old Leighlin defence. At the half Panthers lead 33-14.

Claire Melia and Shauna Burke linked up really well inside the key in the second half and strong driving to the board gave Panthers some excellent scores. Gillian Hannigan and Sarah Phelan sprinted from one side of the floor to the other and their determination paid off as they kept Old Leighlin to just 8 points in the third.

Claire Melia floated pass after pass up the floor into the hands of her team mates who obliged by finishing on the break.

In the fourth quarter, the girls continued to play hard. Shauna Burke sealed her player inside and took the ball strong to the board. She finished the game with 20 points.

The girls linked up really well on the offence and the game finished 61-33 to Panthers. It was an excellent team performance and they continue their unbeaten run in this league.