Paddy Power Column: Jezki set to slalom all the way to victory 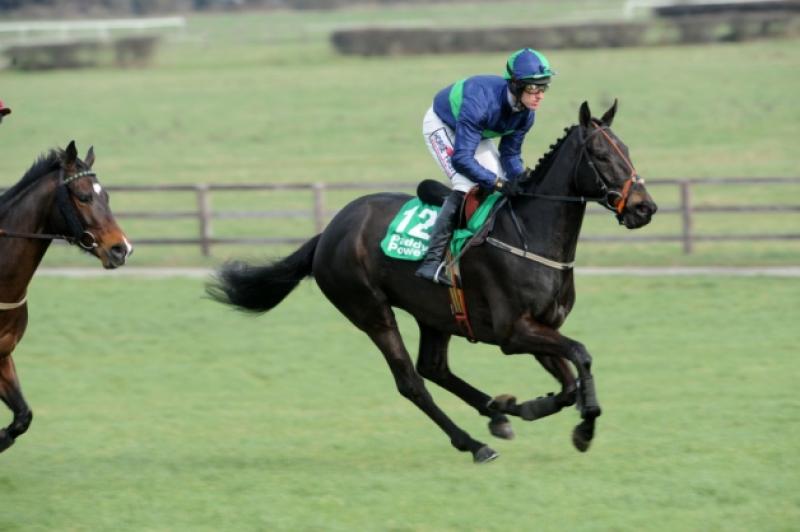 CHAMPION trainer Paul Nicholls billed last Saturday’s Betfair Chase at Haydock Park the best ever renewal of the race and, for once, the action actually lived up to the hype – and some.

CHAMPION trainer Paul Nicholls billed last Saturday’s Betfair Chase at Haydock Park the best ever renewal of the race and, for once, the action actually lived up to the hype – and some.

Nicholls’s own Silviniaco Conti looked the likely winner three fences from home and travelled like he might overhaul long-time leader Cue Card, but by the next obstacle Dynaste seemed to be in pole position.

Eventually though neither could get to Cue Card, who had taken it up at the fourth fence and stayed on really well under Joe Tizzard to give his father Colin a much-deserved big race winner. Cheltenham Gold Cup hero Bobs Worth could only muster a sixth.

The winner, having now proved that he definitely stays three miles, is clear favourite for the King George at Kempton over Christmas and very close to the top of the market for the Cheltenham Gold Cup and he must go to both races with every chance after this devastating performance.

I could spend the whole column writing about Saturday’s action with Annie Power winning as well, but I must just say how delighted I was to see last year’s Paddy Power Gold Cup winner Al Ferof back in action even though he had an easy task in a match against French Opera at Ascot.

It was disappointing to see just the two line up in what was a £40,000 race and if I was the sponsor, I wouldn’t be happy and I hope that we don’t see trainers complaining about a lack of opportunities later in the campaign.

This Sunday I’m really looking forward to seeing Jezki line up in the Hatton’s Grace Hurdle at Fairyhouse and while World Hurdle scorer Solwhit will not be taking him on, Willie Mullins’s likely number one for the contest, Zaidpour, should ensure that we get some sort of price about my selection.

nJessica Harrington’s charge has only been beaten once in seven starts over timber and that was in the Supreme Novices’ Hurdle at the Cheltenham Festival, meaning that he is already a short price for this season’s Champion Hurdle at the same extravaganza.

My fancy didn’t take on Hurricane Fly in last week’s Morgiana Hurdle, but there is plenty of time for that and running here will allow the young pretender to pick up some more essential match practice before taking on the big guns.

Mrs Harrington has confirmed his well-being and this race will tell us more.

Considering that Curragh handler Ken Condon only has two hurdlers, it’s great that one of them is the highly-promising Gerdago who I’m hoping will line up on the same card in the opening Grade 3 juvenile three-year-old hurdle.

This fellow scorched away with his maiden at Navan earlier in the month, when he mastered Moss Street by an easy 13 lengths, and all being well, he could also be seen at Cheltenham in March.

After that success, it was interesting to see Condon say that they were thinking of him as a Fred Winter horse, but they’ll see, indicating that he might be a bit better than that and possibly a Triumph candidate.

Crystal Palace haven’t exactly set the world on fire in the Premier League, but they did manage a 1-0 win at Hull last Saturday.

I also think they’ll pick up a bit now after Tony Pulis finally got the nod as new manager and I’m going to take a bit of a chance on them for a surprise win at Norwich this weekend.

Pulis is, in my opinion, a fine choice of supremo as he has been there and done it before in the top flight with Stoke and Norwich have only won one of their last seven.