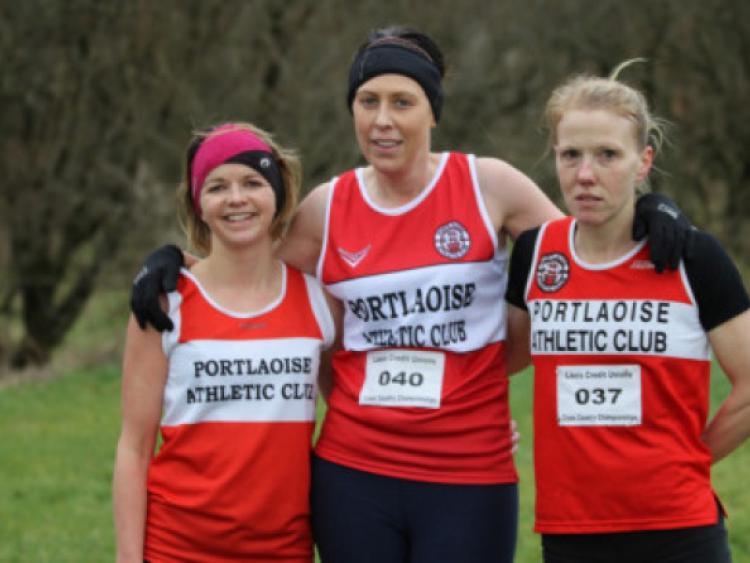 Rain and hail showers plus high winds didn’t dampen the spirits of the competitors in the Laois Novice Road Championships at Tollerton, Crettyard as Breda McDonald and Colm McEvoy took the top awards.

Rain and hail showers plus high winds didn’t dampen the spirits of the competitors in the Laois Novice Road Championships at Tollerton, Crettyard as Breda McDonald and Colm McEvoy took the top awards.

Run over the Turra circuit, the ladies 3km was dominated from the start by the Ballyroan- Abbeyleix ladies as they packed four into the leading group of six with Michelle Fitzpatrick and Breda McDonald setting a hot pace at the front of affairs.

By the 2km mark, this pair had pulled clear and it was Breda who finished the stronger in the closing stages to sprint home on the final downhill straight to take the title in style.

The men’s 6km over four circuits had an excellent entry of five teams with St Abbans trio of Connor Barry, Dermot Ayre and Colm McEvoy cutting a lively pace from the start with Richie Reid and Trevor McCormack, Portlaoise in close contention.

Connor Barry and Colm McEvoy controlled the front of the pack and pulled clear by the final circuit with Colm McEvoy proving the stronger in the closing stages to take the title in a time of 20 minutes 40 seconds. He had seven seconds to spare over Connor Barry who was an excellent second.

Pace judgement was the key for Trevor McCormack to take the third position and the bronze award as he came clear of Dermot Ayre on the final loop with Richie Reid fifth and Liam Byrne sixth which set up St Abbans for a good team win (1, 2, 4 & 6) with a total of 13 points.

Portlaoise came second on 26 points and St Michael’s, Portarlington were third for the bronze award led by Owen Connolly in ninth place.