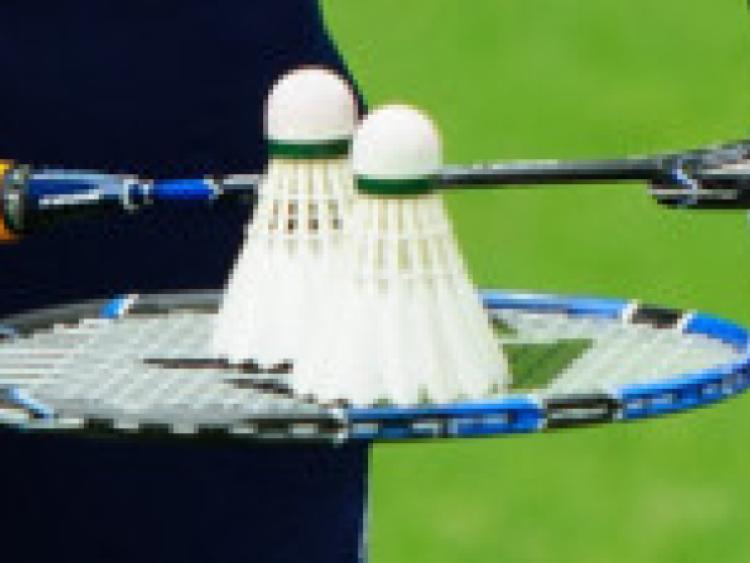 Southwest Leinster Badminton League competitions are usually team events, but once a year, the Doubles Championships are played to select representatives to go forward into the Leinster Individual Championships.

Southwest Leinster Badminton League competitions are usually team events, but once a year, the Doubles Championships are played to select representatives to go forward into the Leinster Individual Championships.

The 2014 Championships finals, the 22nd such competition run by Southwest Leinster, were played in Carlow Lawn Tennis Club recently and there was plenty of success for Laois, who were well represented at the finals, with four adult pairs and two Under 17 pairs claiming titles. Participants represented 17 clubs in the Leagues area.

At the highest level, Grade 1, Portarlington Parochial Ladies Dawn Cobbe and Lorraine Hill Dooley, met Eimear Banville and Claire Falvey from Carlow Lawn Tennis Club. After three sets, the Portarlington ladies had to concede that on the night, their opponents from Carlow LTC were the better players and were crowned Champion Grade 1 Ladies.

In Grade 3 Ladies, Laura Coe, Portarlington Parochial teamed with Chelsey Cox from Rahan in Offaly. Chelsea and Laura were awarded the Grade 3 title when Sinead Kelly, partner of Esther Brady, Kildare CMWS was unable to play. Chelsea featured again in Grade 3 Mixed where she partnered Leon Coe, Portarlington Parochial. Chelsea and Leon were no match for Aisling Byrne and Colm Cooney, Baltinglass, losing 21/10, 21/14.

Laois had no representatives in the Grade 4 finals in any of the three events. Helen Dempsey and Padraig Dempsey, Mountmellick Macra lost the first set of Grade 5 Mixed to Sharleen Moody and Anthony Halligan, Boyne, 21/12. The Mountmellick Macra pair learned from their mistakes in the first set and roared back to win the second set 21/17. The third set was fiercely contested but with a final score of 21/19, there was no joy for the Mountmellick duo as Sharleen Moody and Anthony Halligan won the title for Boyne.

In Grade 6 Ladies, Aine O’Neill and Sadhbh O’Neill carried the flag for Mountmellick and for Laois. Their opponents, Aine Donnelly and Teresa Harrington, Kildare CMWS, had the edge on the night. Their fighting spirit and slightly better technique earned them a 21/16, 21/17 win.

Grade 7 Ladies were first on court, and Amanda Lowry and Andrea Mangan got a first win for Mountmellick Macra and for Laois. Amanda and Andrea defeated Jenny Cahill and Ellie McDonald, Ballinabranna, 21/5, 21/17.

Andrea Mangan teamed with James Thompson, Mountmellick Macra in Grade 7 Mixed against Jenny Cahill and Lar Dermody, Ballinabranna to play a highly contested 3-set match. Andrea and James pulled out the first set 21/18. Jenny and Lar came back to sneak the second set 21/18. In the third set Andrea Mangan and James Thompson took control from the front and dominated the entire set to win 21/14, a second title for Mountmellick Macra.

Laois teams were able to field players in the U-17 competitions. In U17 Boys, Matt Geoghegan, Portarlington Parochial, teamed with Colin Pauloin-Valory, Kilcullen against Aaron Amond and Cian McDonald, Ballinabranna. The Laois pair put their game together well to win the first set 21/18. The Ballinabranna teens came back to take the second set 21/16. However, Matt and Colin were not deterred, but bounced higher than the first set to win set and game 21/15.