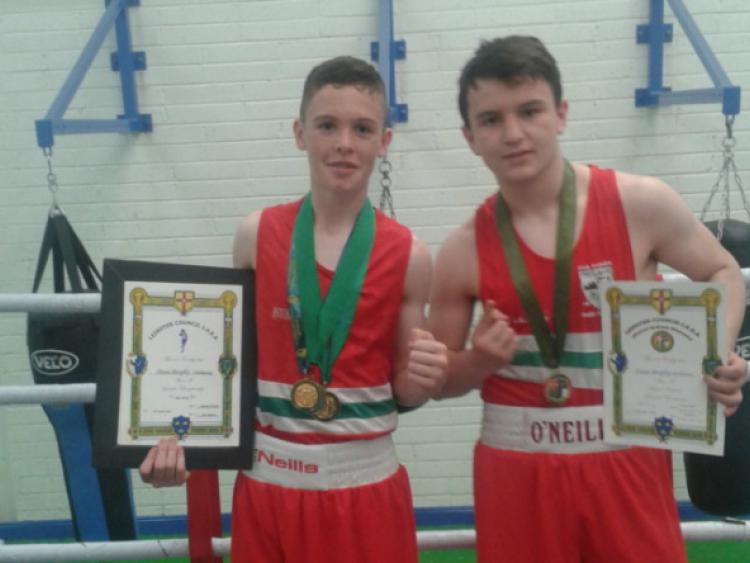 Dylan performed extremely well to beat reigning National Champion Brendan McFarland from the famous St John Bosco Club in Newry, to claim the prestigious National Cadet Championship and book his ticket on the plane to Hungry for the European Cadet Championship, which begin on the 29th of June until the 6th of July.

Dylan is currently in a training camp in the High Performance Unit in Dublin. Cadwell has won all competitions entered this year and has certainly left his mark as one to watch for the future.

In the same Championship Portlaoise’s other boxer Dean Brophy saw the ugly side of Amateur Boxing when he was some how on the wrong end of a disgraceful decision in his semi final.

Dean executed the plan installed by his coaches to a tee, but unfortunately the judges saw it differently. Portlaoise Club have no doubt that Dean’s time will come sooner rather than later.

Portlaoise Boxing Club would also like to thank our sponsors for your continued support.And finally Club Chairman Pat Reddin will be organising our annual flag day on the 18th and 19th of July and all members over 14 years are requested to participate over the two days.