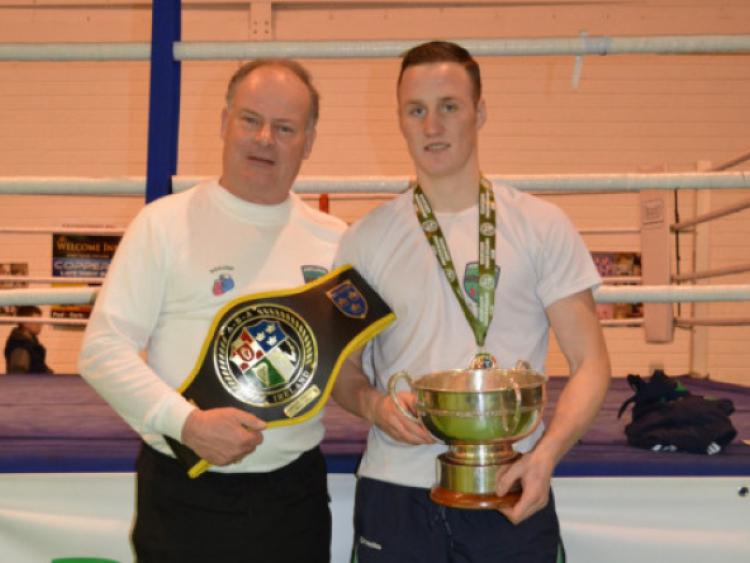 Portlaoise Boxing Club paid tribute to Michael O’Reilly recently as the talented boxer continues to impress both nationally and internationally.

Portlaoise Boxing Club paid tribute to Michael O’Reilly recently as the talented boxer continues to impress both nationally and internationally.

O’Reilly retained his National Elite 75kg title back in January, and he picked up a silver medal at the prestigious Strandja Memorial tournament in Sofia, Bulgaria last weekend.

O’Reilly was the only member of the Irish squad which made the trip to pick up a medal.

He opened his campaign with a 3-0 win over Badri Khardziani from Georgia to qualify for the quarter-finals. There he met home favourite Mariyan Momchev, again getting a clean sweep to secure a win.

In the semi-finals, he was up against Kazakh boxer Rustan Syoyev, a world champion, and he saw off that considerable challenge with a split decision. The final pitted him against Bektemir Melikuziev from Uzbekistan, and despite a strong start from O’Reilly, the Uzbek fighter was eventually awarded a split decision.

O’Reilly was honoured at the club recently in light of his impressive start to the season, with coach Pat Ryan admitting that the Portlaoise man has his sights firmly set on the 2016 Olympics in Rio de Janeiro.