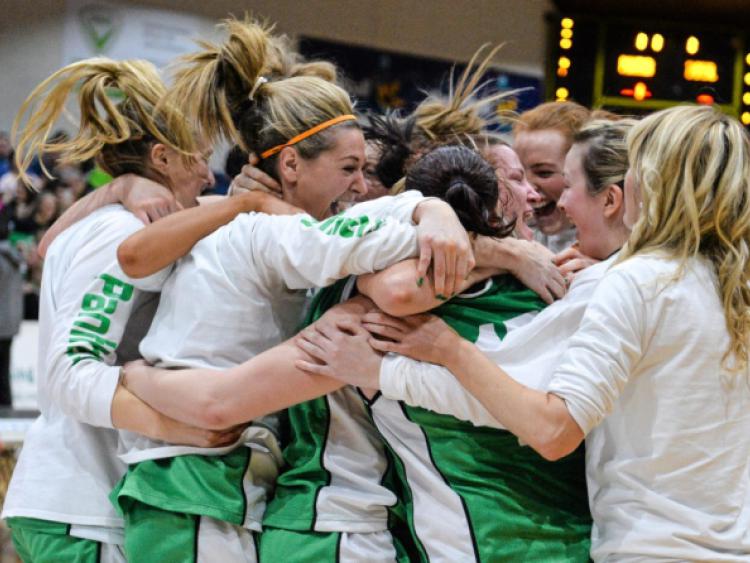 For Portlaoise captain Catherine O’Sullivan, Sunday was a day where dreams came true.

For Portlaoise captain Catherine O’Sullivan, Sunday was a day where dreams came true.

The team captain had long envisaged a day where she got to represent her how club on the biggest stage of all, and she finally got to do that in Tallaght.

As she took the congratulations from some of the huge Portlaoise support which travelled up for the game, it gave her a chance to reflect on a histoic day. “It’s just the best thing ever, there are girls coming up to me that I played with on Meteors teams, on Portlaoise teams, girls I played in school with, and they’re just telling me that was unbelievable. It really hasn’t hit home, I’m asking myself ‘did that just actually happen?’.

“These girls are just the best girls in the world, to win at home, playing for a Portlaoise team, is just unbelievable.”

As for the game itself, the scoreline gives some clue as to the fact that two very good defenses were on show. It required one team to come up with that little bit extra in the end, and O’Sullivan felt if Portlaoise could get the upper hand, some past defeats could play on the Tralee players’ minds. “It was very defensive, I looked up at the scoreboard at half time and it was 25-25 or something like that, and that was only a little over ten points a quarter.

“It was a very low-scoring game, a very defensive game, but I had it in my head that if we could break them for two or three minutes, if we could go on a little run, they had lost over the last couple of years, and I know how that can chip away at your mindset.

The way the game played out, both teams enjoyed spells where they had bursts of scoring, with Tralee enjoying their first such run in the opening quarter. It was vital Portlaoise didn’t panic at that stage, and their ability to weather that storm and come back was a crucial aspect of the game. “In the first quarter, I think we went six points down at one stage” said O’Sullivan. “When something like that happens against a defensive team like Tralee, you’re wondering if you will make it back. We did manage to make the six point gap back, and we made it back before half time.

“When we went into the dressing room, Peter said to us ‘if that happens again, we know we can make it back, so you’re not to panic’”.

Those cool heads were needed at the end too, when Tralee got the lead back to five. “I think the image of lifting that cup and getting those medals came a little too soon, with a minute and a half to go. We let one of them go down the middle, Sinead MacKessy, who is an absolutely outstanding player, to finish the lay up, and then they went out to Lynn Jones for a three-pointer, which left it at a five point gap, and then the pressure is on once again, but Sinead Melia just cleaned up on the free-throw line.”