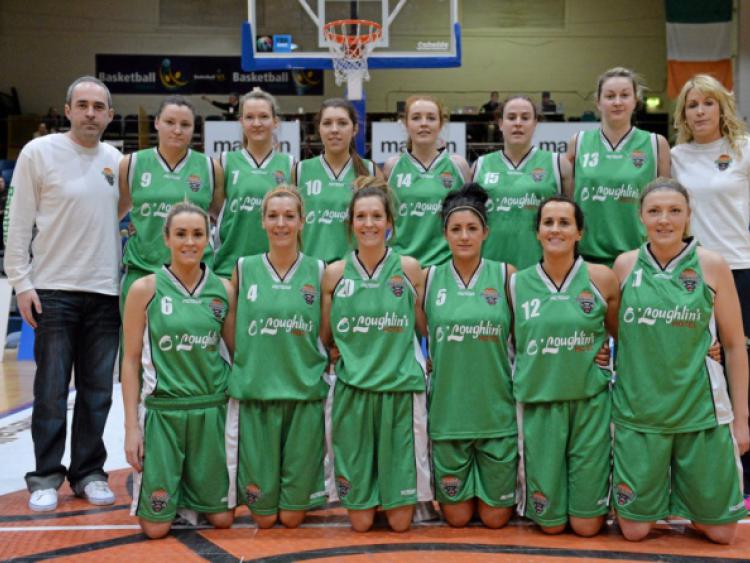 Basking in the glow of masterminding Portlaoise’s greatest ever triumph in club basketball, their delighted coach Peter O’Sullivan was delighted his team had come out on the right side of a thrilling final.

Basking in the glow of masterminding Portlaoise’s greatest ever triumph in club basketball, their delighted coach Peter O’Sullivan was delighted his team had come out on the right side of a thrilling final.

After a game in which Portlaoise were only really assured of victory inside the last 30 seconds, there was a huge outpouring of joy when time finally ran out on Tralee’s attempts at a comeback. Speaking afterwards, the delighted Panthers head coach admitted it was a game that was always going to go down to the wire. “It was an absolute rollercoaster, but we always knew that was going to happen.

“At the end of the day, it was a six point lead, and normally that would mean the game was over, but we fought back twice from six point deficits, but as you saw at the end, they just couldn’t make it back. Any time they scored, we scored back, it was that kind of a game.”

Tralee set themselves up to put pressure on Portlaoise’s perimeter shooting, which meant that their inside players had to step up to plate, which they duly did. “They expect the two O’Sullivan’s (Catherine and Maeve) to be shooting from outside.” noted Peter, who is brother of both Cathering and Maeve.

“They fairly closed that off, and we needed our girls on the inside to step up, and they did. They got great scores in the second half, like Tracey Fallon, turning players and going to the board, that’s what we needed.

“In the first half we missed a few of those easy baskets, but we came through in the end. You could see the fouls told at the end of the game as well, we were six from six from the line at one stage with Sinead Melia, the MVP.”

O’Sullivan also praised the impact of some of the teams newer players, as they helped to give Portlaoise a new dimension this year. “We have majorly defensive players, especially inside, but the likes of Sinead (Nihill) that came in this year, and Nicola (Farrell) are after bringing something different to our offensive game.

“We’ve always been an outside team, and those two girls after coming in now have shown us that we can play both styles.”

For all of Portlaoise’s good play, Tralee were still right in the mix in the dying stages, and O’Sullivan was only too aware at that stage how things could have changed. “Within a minute, the game can turn again, so we were lucky to get the free throws when we needed them.”

The celebrations in the National Basketball Arena were transported back to Portlaoise on Sunday night, and while both players and coach were set to enjoy their success, they would have long to bask in the glory. “We’re actually back to league action next Sunday, up in Oblate, which is a pretty important game. We have only one loss, they have only two losses, so if we lose up there we’re back in the mix, so it’s important that we win up there.

“Tonight will be a good night, but we’ll be straight back to training tomorrow.”