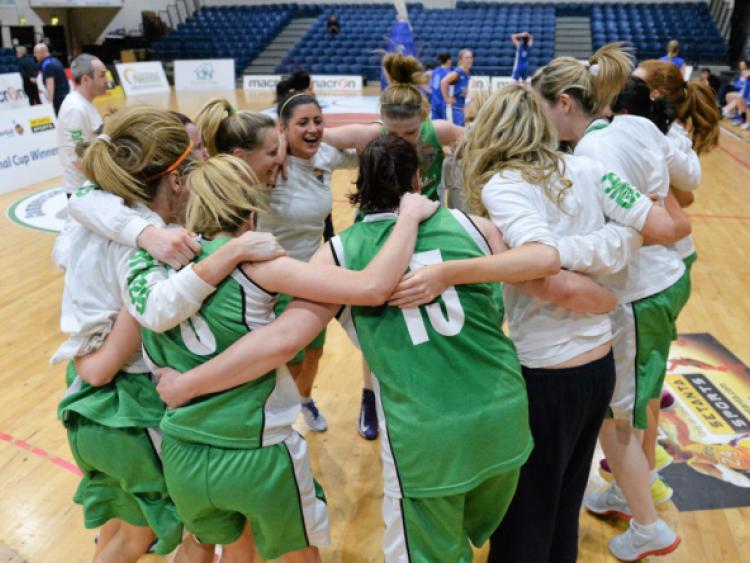 Portlaoise Panthers made history on Sunday afternoon when they claimed the club’s first ever national cup, as they came out on the right side of an epic battle with Tralee Imperials in Tallaght.

Portlaoise Panthers made history on Sunday afternoon when they claimed the club’s first ever national cup, as they came out on the right side of an epic battle with Tralee Imperials in Tallaght.

After a shaky first quarter, Panthers settled into the final courtesy of an impressive start to the second quarter. From there on, it was a real blow-for-blow affair, as both teams tried to wrestle control of the game from each other.

To give an idea of just how close it was, the teams were level at 25-25 at half time, while the score was 39-38 to Portlaoise at the end of the third. When the game was in the balance in the final quarter, however, it was Portlaoise who had the players to step up and make the big plays.

Panthers drew blood first, as Sinead Melia scored from just inside the three point line, in what was their first meaningful attack. Tralee hit back through Emma Sherwood, before Cassandra Buckley got through for a layup moments later to give the Kerry side the lead.

Maeve O’Sullivan came roaring into the game after that, first by winning two free throws when she drew a foul on a lay up attempt. She made one of those attempts, before then making a three point play moments later to hand the lead back to Portlaoise.

unfortunately for Panthers, they would manage just two more points before the end of the quarter, as Tralee got the upper hand. Sinead McKessy levelled the game with a shot from under the basket, and Nicola Farrell’s layup in reply was the last score Portlaoise registered.

Lynn Jones drained a three-pointer and then Carolyn O’Mahony won a rebound and popped it home to open up a three point gap. Tralee’s defence were really in Portlaoise’s faces at this point, and Emma Sherwood rewarded their defensive effort with a great run and lay up to leave the scores at 13-8 to Tralee at the end of the first quarter.

The Kerry ladies picked up where they left off in the second quarter, as Lynn Jones hit a three pointer to put them eight points clear. It looked ominous for Portlaoise at that stage, but they came roaring back.

Sinead Nihill scored in the paint, and then Maeve O’Sullivan knocked down a three pointer after a pass from Sharon Regan. Regan herself scoed next, before Nihill added another and Maeve O’Sullivan hit another three-pointer as Portlaoise completed a 12-0 run.

A stunned Tralee called a timeout to try to gather themselves, and it worked, as they fought back to take the lead. They wouldn’t hold it, however, as the teams would head to the half level.

An inspired Sinead MacKessy scored seven points at the start of the third quarter, but once again Portlaoise fought back. Catherine O’Sullivan started the comeback with a wonderful three-pointer, and that score really lifted the Panthers team.

Sinead Nihill then scored a layup and O’Sullivan hit another three to give Portlaoise a narrow one-point lead. Sinead Mackessy and Tracey Fallon exchanged layups and both teams traded baskets to the end of the quarter, which leftPanthers ahead by one heading into the all-important final quarter.

A nice move between Tracey Fallon and Maeve O’Sullivan saw Fallon open the scoring for the final quarter. Sinead MacKessy again responded for Tralee, and there was just one between the teams entering the last five minutes.

The game was crying out for one team to take control, and it was Portlaoise who did that. Sinead Melia scored a free-throw before Catherine O’Sullivan hit both of her efforts from the line to give Panthers some breathing room.

Two huge baskets from Tracey Fallon then put Portlaoise eight ahead, and a brace of free throws from Maeve O’Sullivan saw the finishing line come into sight.

Tralee kept pushing, with Lynn Jones hittin a three to keep Portlaoise on their toes, but two Sinead Melia free-throws in the dying seconds wrapped up a historic, and emotional, victory.