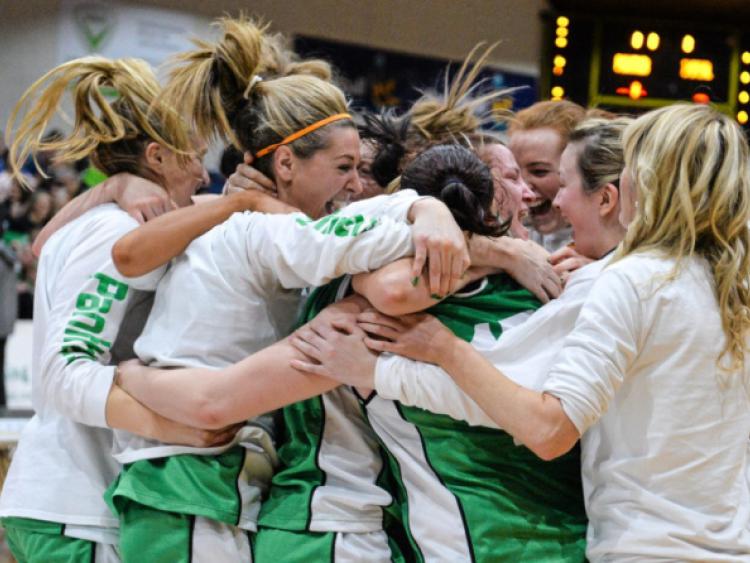 All roads lead to the National Basketball Arena in Tallaght this Sunday, as the ladies from Portlaoise Panthers seek to defend their title in the Senior Women’s National Cup final against Oblate Dynamos from Inchicore.

All roads lead to the National Basketball Arena in Tallaght this Sunday, as the ladies from Portlaoise Panthers seek to defend their title in the Senior Women’s National Cup final against Oblate Dynamos from Inchicore.

Led by captain Catherine O’Sullivan, this formidable group of girls are already history-makers in the County but, not ones to rest on their laurels, they take to the court on Sunday to try to make it back-to-back National Cup wins in what promises to be a thrilling encounter.

Getting to the final has not been an easy road and the girls have had to battle their way through a number of challenging games. Kicking off last November, Portlaoise faced strong opposition as they took on Glanmire in their opening cup encounter.

While some signs of rust remained, the girls secured a comfortable home win in front of a packed St. Mary’s hall. Next up was a trip to Cork to face the might of a Fr. Matthews team that had just come off the back of knocking out a solid IT Carlow team in their opening round. As expected, the game was a close one.

The Portlaoise girls struggled to find their rhythm and were trailing for most of the game. Things changed rapidly in the final quarter, however, with the girls producing their finest basketball to date to clinch victory and set up a semi-final against NUIG Mystics.

Portlaoise had beaten Mystics comfortably the previous week in the league but the cup semi-final in Cork was an entirely different affair. A shaky start saw Mystics take an early 14-point lead and the girls found themselves playing catch up once again.

Great teamwork and sheer determination saw the girls through in the end as they went on to win by 3 points and secure a place in the final for the second year running.

So after a long road and a packed basketball calendar over the last few months, Portlaoise Panthers are ready to paint Tallaght green (again!) on Sunday. The atmosphere in the Arena promises to be electric and we would urge as many of you as possible to make the short trip up the M7 to support the girls.

They are not only representing Portlaoise, but the entire Midlands region. The wider Panthers community would like to take this opportunity to wish the girls the very best of luck and let them know how proud we are of their achievements so far. Portlaoise abú. Hon the Panthers.

Tip-off is at 4.30pm in the National Basketball Arena, Tallaght. Tickets available by ringing Basketball Ireland’s Box Office on 01 4590211 or on the door.