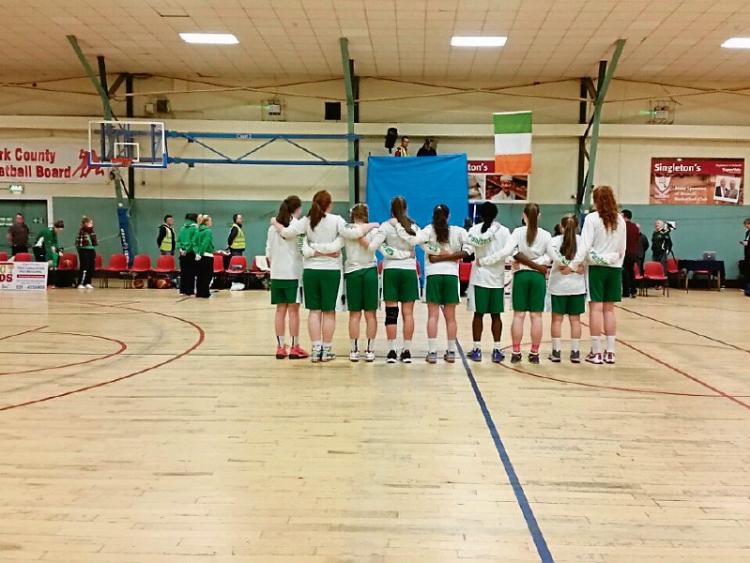 The girls have had a very busy week playing three games in eight days in Dublin. First they played a very well drilled DCU Mercy in the league.

This was to be the girls toughest test to date. Portlaoise however were treating this game no different to any other and after an intense warm up started the game with a flurry of fast breaks catching their opponents off guard.

The intensity of the defensive press was immense and the girls were unstoppable leading 17-2 at the end of the first quarter.

DCU began to deal with the girls defence in the second quarter due partly to the introduction of their two International players.

The girls continues to fight hard and although extra pressure was been applied still held on to win the quarter 15-11. The teams were well matched again in the third with Portlaoise extending their lead by another four points.

DCU ran out of steam again in the final quarter as the girls began to pile on the pressure again scoring 19 points to finish the game strongly.

This was a very impressive performance by the girls winning 67-37.

Sunday last the girls stepped out to play Swords in another league game. This game had the potential to cause problems as Portlaoise travelled with a very small panel of only six players.

The girls were not going to let this put a halt to their unbeaten run in Dublin and started the game with huge intensity scoring 26 points in the first quarter and leading by 20 points. This set the girls up well for the remainder of the game and their confidence was high.

Portlaoise proved too strong for their opponents dominating in all areas of the floor. The girls scored 80% of their baskets from fast break opportunities and this was made possible by the strength of their defence. All six players made a huge impact and never stopped pushing right up to the final whistle.

The girls manged to put a massive ninety five points on the board and help Swords to scoring less than twenty. Another fantastic performance.