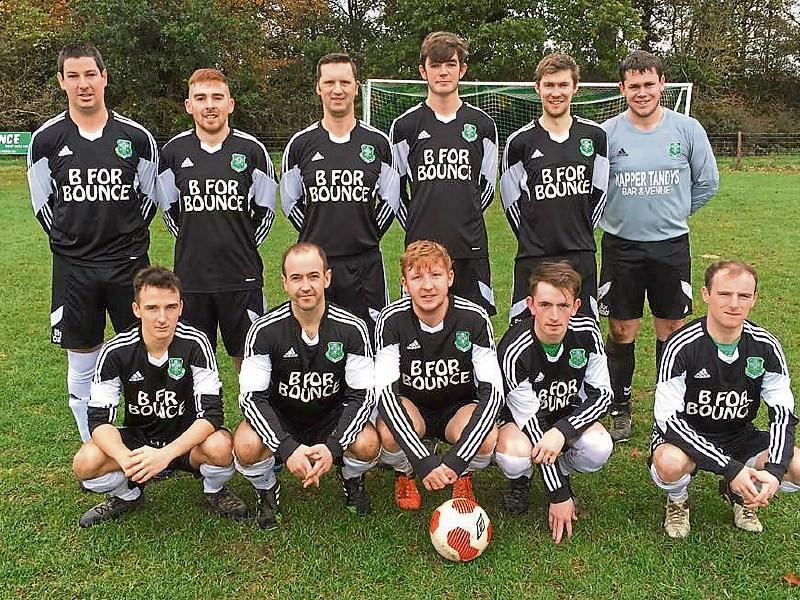 The home side welcomed Premier Division side Rosenallis in this Cotter Cup tie on Sunday morning but were unfortunately on the wrong end of the scoreline despite a fine entertaining game of football from both sides.

Stradbally were slow out of the blocks and allowed Rosenallis to race into a two goal lead. Jake Byrne halved the scoreline before the break with a fine close range finish to leave Rosenallis with a 2-1 lead at the break.

Stradbally pressed hard for an equaliser for the first 20 minutes of the second half but were caught at the other end when Rosenallis grabbed a third through Paul Dunne on 69 minutes.

The home side didn't give up and kept pushing forward with Derek Gorman finishing on 78 minutes to leave the minimum between the sides.

Stradbally threw all they could at Rosenallis to force extra-time with Gorman again Jake Byrne and Sean Devoy all going agonisingly close however Rosenallis grabbed the clincher in injury time with a fine individual run and finish from their right winger to progress to the next round.

Rosenallis' ability to finish was the difference here between the Premier Division side and the Division 1 side. Top performers on the day for Stradbally were Podge Dunne, Jake Byrne and Alan Delaney.