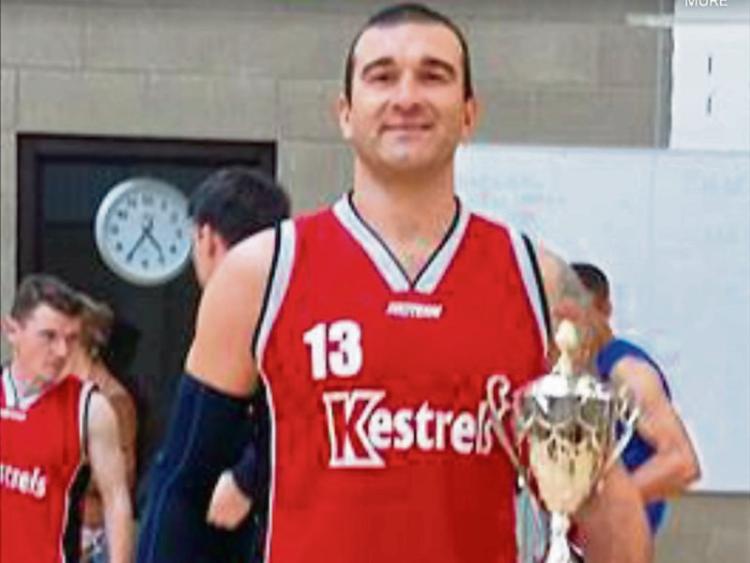 Kestrels suffered a heart-breaking loss in their return home game to those giants of Irish Basketball, Neptune BC from Cork, at the weekend.

It was an utterly deflating end to a pulsating match which ebbed and flowed, but frankly it was a great game that Kestrels should have put out of reach long before inviting Neptune to perform heroics at the death.

The Portarlington club were leading by eleven with five minutes remaining in the game and will spend the week soul-searching and trying to find the answer as to how it managed to slip through their hands, after being in commanding positions throughout the match.

Kestrels raced into a 15-0 lead to start the game on the back of Daniel Debosz's ten first quarter points. Debosz looked like the player of old as he dominated the young Neptune team in the early play.

Former Harlem Globetrotter Chris Teasley pitched in with a ferocious dunk that had the crowd on its feet after a steal and fast break from light-footed Aaron Whelan. Whelan ran the show from the point guard position, attacking every gap and distributing the ball very well.

This was the best basketball Kestrels have produced this season and it was utterly devastating. Neptune were stunned and had no answer to the early onslaught. They took a timeout to recover and returned a different outfit.

Kestrels reverted to shooting from distance despite early success exploiting their height advantage inside. Neptune picked off a couple of three-pointers of their own off the back of some bad offense from the home side, and all of a sudden the lead was back to single digits.

Mantas Vilimas added a deep three for Kestrels but Neptune kept plugging away and managed to sneak into the break at the end of the first quarter bizarrely trailing by four points only on a 22-18 scoreline.

Kestrels deviated from what had put them in such a good position early on, when they continued to misfire from long range instead of taking advantage of their considerable inside presence.

Chris Teasley kept Neptune's much vaunted scoring machine, Tanner Brooks, under control for the first half limiting his American compatriot to nine points in the period. Aaron Whelan was immense in the quarter contributing three inspirational scores attacking the rim.

Debosz continued his good work inside finishing another couple of big post-up moves. Kestrels were playing the better basketball throughout, working hard for their scores but some lapses in concentration on defense allowed the Corkmen to stay in touch. Kestrels led 44-41 at the end of the first half.

Kestrels emerged in confident fashion after the break and opened the scoring with two long range three-pointers. Kestrels Karolis Timofejevas nailed three shots in a row as the Kestrels lead stretched to double digits again. Glen Mitchell used his long arms and quick feet to force a number of turnovers in the third period as well as draining a score from long range in the corner with the last play of the quarter.

The Midlanders led by nine heading into the final period and Karolis Timofejevas punished the Cork side further with two more big shots. Kestrels looked comfortable at this point and ready to exact revenge for their opening day defeat in Neptune Stadium five weeks ago.

Chris Teasley was inexplicably benched two minutes into the final period and the loss of one of the premier defenders in the league was to prove extremely costly. Leading by eleven when he left the fray, Kestrels were already one point down by the time Teasley was re-introduced.

After keeping Neptune star Brooks to a meagre nine points in three periods, the American lit up the final quarter with eleven points. It was an expensive error and ultimately cost Kestrels a win as they were in control for vast periods of the game.

Kestrels will have to regroup quickly as they start their National Cup campaign next Saturday with an away game to St Vincent's in Dublin at 7pm in St Vincent's Glasnevin.