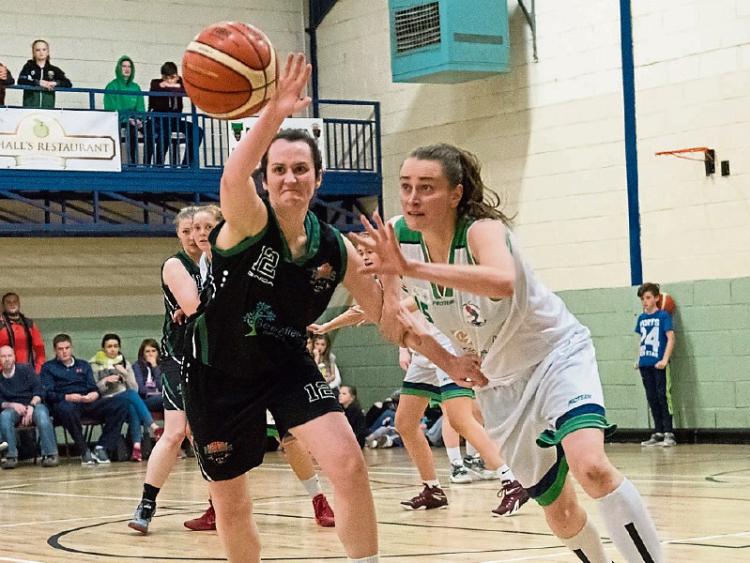 Portlaoise travelled to Kilcullen on Wednesday night to take on a Kildare Gliders team making their debut season in the Midland League.

With Gliders being an unknown entity in the league, the Portlaoise girls had to be at their best from the tip off. Both teams took a few minutes to get a foothold in the game. Portlaoise set up in a zone defence and this allowed Gliders to put up numerous shots that were for the most part off target.

Claire Foyle used her pace to push the ball on the break while Roisin O’Connell proved unstoppable clocking up eight valuable scores for her side. Gliders settled into the game and started to notch up scores of their own with neither team pulling too far ahead or falling too far behind.

Shauna Burke used her experience and strength under the boards putting in some important scores while putting Gliders defence under pressure in every offence. At the end of the first quarter the visitors lead on a score line of 10-7.

Portlaoise hit the ground running in the second quarter applying more pressure on the Gliders defence with Karen O’Sullivan and Lorraine McCormack shooting well outside while Nacola Nerney and Rebecca Kelly dominated under the boards.  Portlaoise started to pull away with Grainne Tomlinson and Shauna Burke linking up well inside to push Portlaoise into an eleven point lead at the half.

The third quarter saw Portlaoise pull away with Deirdre McCaul and Lorraine McCormack sinking some impressive shots from outside the arc. Karen O’Sullivan didn’t look a girl who was out of the game for some years as she set up scores as well as executing her own too. Gliders were starting to tire from the constant attack from the Portlaoise girls.

They changed their defence from man to man to zone but still could not contain Portlaoise who worked the ball inside and out which combined in some well worked scores. At the end of the quarter Portlaoise were comfortably ahead 41-16 points.

The last quarter mirrored most of the game. Gliders did get out on the break and chipped into Portlaoise’s lead, clocking up 14 points this quarter with some good shooting from Kendrick and McGuirk but Portlaoise’s Claire Foyle and Nacola Nerney counteracted this some first-class scores. Defensively Rebecca Kelly and Roisin O’Connell kept the Gliders offensive game at bay and at the full time whistle Portlaoise ran out overall winners.