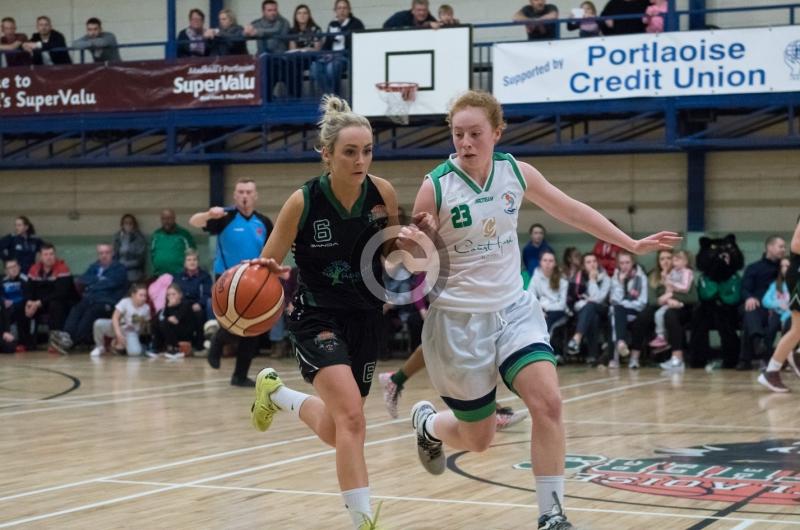 In their second road game of the season, Portlaoise Panthers travelled to Cork to face a Brunell side that have been struggling in the league to date.

However, with the return of their big Canadian from injury, the Panthers knew it would be no easy feat. However, it was a must win game following the close defeat to Liffey Celtics the weekend previous, so there was plenty to play for, despite it still being early in the season.

Portlaoise started the stronger of the two teams and combatted the Brunell zone defence by hitting three three-pointers in a row through Maeve Phelan and the Melia sisters, Claire and Sinead, following some excellent offensive ball movement.

Amy Waters and Kaylee Kilpatrick were the main threats on offence for the home side, accounting for all 14 points of their teams scores in the opening quarter. Porlaoise went in five points up on the break knowing that if they maintained their inside threat, the game was there for the taking.

Claire Melia and Necole Sterling took a firm hold on the game in the second quarter both on the offensive and defensive end. They interlinked excellently on offence, punishing the help defence with some accurate dish passes inside.

They also came to terms with Waters and Kilpatrick, dominating the defensive boards. The Panther guards looked confident on offence as Catherine O'Sullivan exposed the openings in the zone defence and finished well thanks to an assist from Sinead Melia. They extended their lead to ten points at the break.

The second half took much the same format as the first. Despite a change to man-to-man defence by the home side, the Panther girls looked at ease on offence and picked off shots outside the arc through Maeve O'Sullivan and Maeve Phelan.

Their intensity on the defensive end was rewarded as they forced Brunell into making turnovers and capitalised on the break. After the third quarter the Portlaoise side had extended their lead to 16 points.

Portlaoise continued to frustrate Brunell with their tough man to man defence and despite the best efforts from Danielle O'Leary and Amy Waters, they struggled to eat into the deficit.

Kaylee Kilpatrick found herself in foul trouble which benefited the visitors as the exposed the lack of height inside. Deirdre Tomlinson and Sinead Nihill made an impact off the bench notching up two baskets for their teams tally.

Sharon Melia was also introduced, making her return to basketball after being sidelined for two seasons with an injury which is a promising development for the squad going forward.

With the result never in doubt, Portlaoise held off a last push from Brunell, emerging 17 point winners.