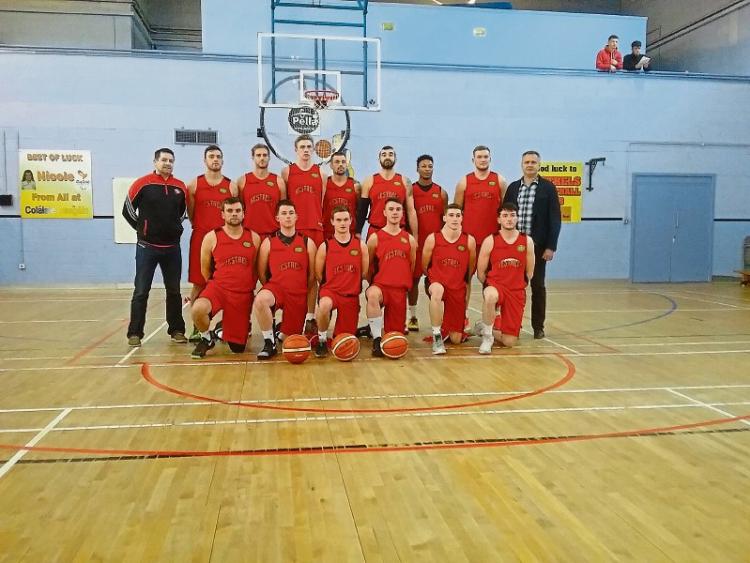 Kestrels got their Hula Hoop Mens Presidents Cup campaign off to a fine start after a 73-65 victory over Dublin's St Vincent's in Glasnevin on Saturday night.

The win advanced the Midlanders to a last 16 fixture against Colaiste Eanna. A win against Eanna would set Kestrels up for a mouth wathering rematch against Neptune of Cork after losing out to them in heartbreaking fashion in the league last weekend.

A much better defensive display in the second quarter pushed the lead out to 14 at the break with Chris Teasley, Aaron Whelan and Dan Debosz all getting on the scoresheet during the second quarter.
Kestrels limited Vincents to 14 points in the period while notching up 25 themselves. Teasley has hit form at the right time with Kestrels coming into a very busy period before the Christmas break.

Glen Mitchell joined the fray in the third quarter and a highly effective defensive performance maintained the Portarlington sides double digit lead heading into the last quarter. Kestrels led 61-49 at the end of the third period. Teasley and point guard Aaron Whelan put the points on the board for Kestrels as Vincents began to claw their way back in to the game.

Kestrels conceded a couple of early baskets early in the fourth and suddenly Vincents were back in the game and pressure shifted to the away team. The lead was down to four at one stage before Teasley took over again in the final period, notching up eight of his 28 points in the last quarter.

This is Kestrels first victory in the National Presidents Cup after a losing in the first round to eventual winners Maree last season. Colaiste Eanna will provide a stern test in the next round but Kestrels will be confident heading into the game.

The National Cup Finals will be televised live this year from the National Basketball Arena in Dublin at the end of January.