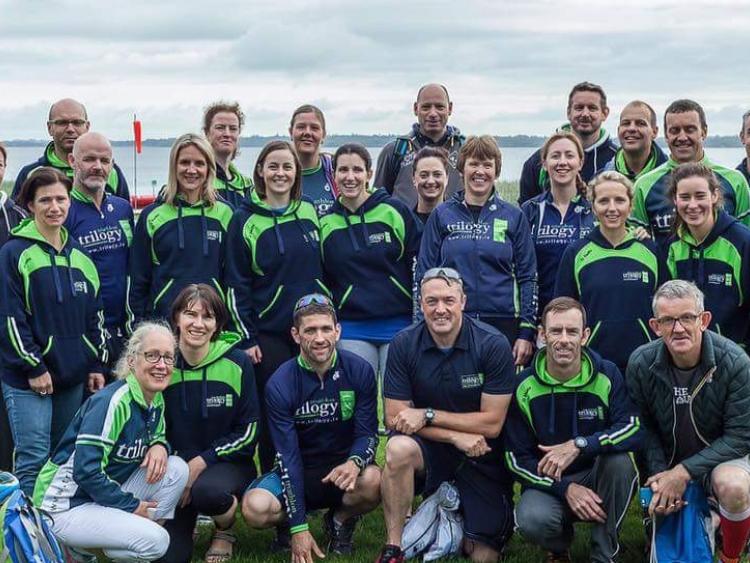 Trilogy Triathlon club is looking forward to an exciting 2017 with twenty-seven of its members being selected to represent Ireland at the World Triathlon Championships in Rotterdam this coming September.

The club is celebrating its twelfth year since its founding and has grown to more than 100 active members from the original four who founded the club. Trilogy is open to new members all year round but especially in January the club appeals to those seeking a New Year's challenge. For those looking to try something new the club has a perfect challenge for 2017 - your fist triathlon!

The club hosts their annual triathlon, Trilaois, on the 8th of April in Portlaoise Leisure Centre. In 2016 TriLaois attracted 300+ athletes from around the country, many of them taking part were first timers and the event is renowned for being beginner friendly.

This year's race director Albert Culleton is keen to continue that tradition and encourages anyone who may be thinking of trying out TriLaois to get in touch with the club, or come along to a training session or try out our beginners programme called "People in Sport".

Our beginners programme co-ordinator, Catherine Phelan, joined Trilogy in 2015 having never dreamed of doing a triathlon, and has since taken part in many triathlons and is now one of those selected to travel to Rotterdam in September.

"The club is very inclusive and caters for people of all ages and abilities” said Catherine. “I started out with their 'New to Tri' programme two years ago which challenges locals to get involved and take part in their first triathlon. When I saw TriLaois advertised I thought it was right up my street and was impressed with the training offered to complete beginners. The club helped me prepare for my first triathlon by offering fully coached training in the areas of Swimming, cycling and running in the run up to TriLaois in April."

The People-in-Sport programme is funded by Laois Sports Partnership and is open to men and women over the age of 18 who are interested in trying a triathlon for the first time, or who may be returning to sport after a break. "It's a fantastic feeling of achievement when you cross the finish line, but often getting to the starting line is the most daunting part.

“Most people worry about the swim, or the fact that they can't swim, but we offer a Try a Tri option which is 16 lengths of the pool for those who may be put off by the full 750m and our swimming coach Eimear is super with anyone who may be a little nervous."

The club has daily timetabled training and all are welcome to come along and join in before the People in Sport programme begins, information on all club training sessions can be found by emailing our new members officer Anne Marie at newmembers@trilogy.ie

The People in Sport programme begins on February 6th and will run for 8 weeks. For more information contact Catherine at tricoach@trilaois.ie.