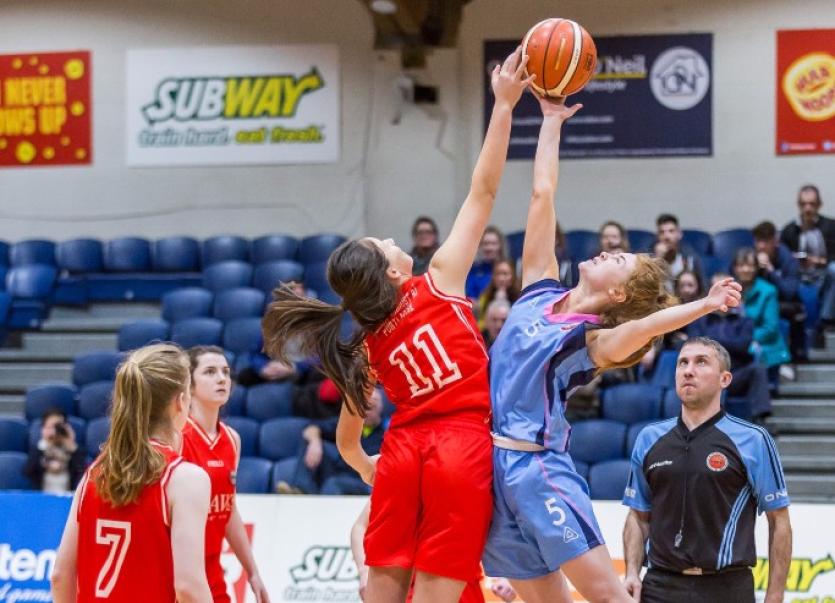 It is normally a short hop from Portlaoise to Tallaght but the journey home to Laois must have felt a long one for the Scoil Chríost Ri girls after their narrow loss to Presentation School, Castleisland in the Under 16 A final of All Ireland Basketball Schools League.

A fast-paced first quarter got proceedings underway, as both sides threw everything they had at each other to try and assert dominance over the game’s pace at the National Basketball Arena in Tallaght.

Portlaoise’s Sarah Fleming, Jasmine Burke and Ciara Byrne worked hardest for them early on, getting the scores in well and setting up some brilliant offensive moves to leave just two between the sides at the end of the first, 12-14 in favour of Portlaoise.

Nothing could separate the sides in the second quarter, as this was a quarter where defence reined supreme, with scores at a premium. Both teams managed to just net five point each before the break to leave it extremely close going into the third quarter.

Castleisland began to take the edge in the third quarter, with Moriarty and MVP Kayla O’Connor really stamping their mark on the game – adding in some crucial scores to give them a two-point lead going into the last.

A nail-biting eight minutes ensued, as reigning Cup champions, Portlaoise, tried to get a foothold back on the scoring, but despite a superb display from Fleming and Dooley for Portlaoise, Kearney, O’Connor and Moriarty just had too much for them to run out seven point winners.