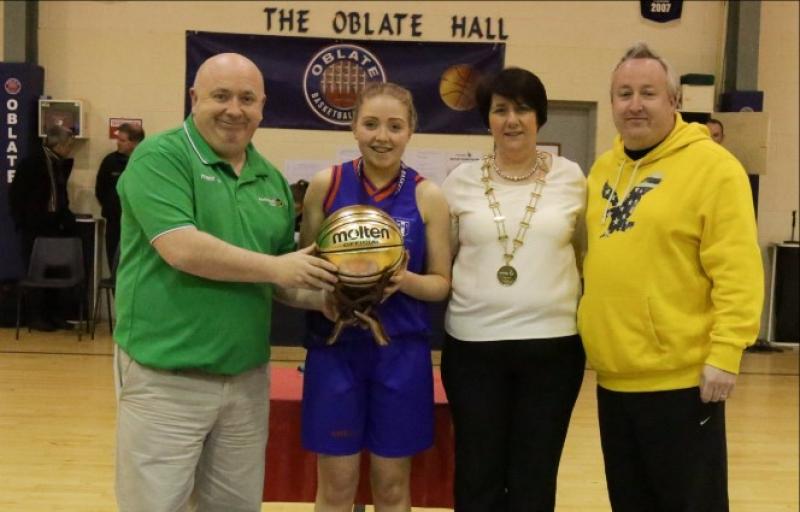 Portlaoise girl Sarah Phelan was the star of the show on Tuesday as she helped Mary Immaculate College to an NBCC Division 2 title in Dublin.

Phelan was selected as the game's MVP, after Mary I held off Limerick IT by just two points, 57-55, after overtime. Sarah, a first year student, spearheaded the comeback as Mary I recovered from an eleven point deficit at half time to squeak home after a thrilling game. Phelan lead the way both in terms of points and assists in the crucial third quarter, as Mary I eventually forced over time.

Sarahm who is a former student of Scoil Chríost Rí, also plays for the Portlaoise Panthers senior ladies team in the Super League, and she comes from a strong basketball family as she, and younger siblings Maeve and James, have all played for Ireland.