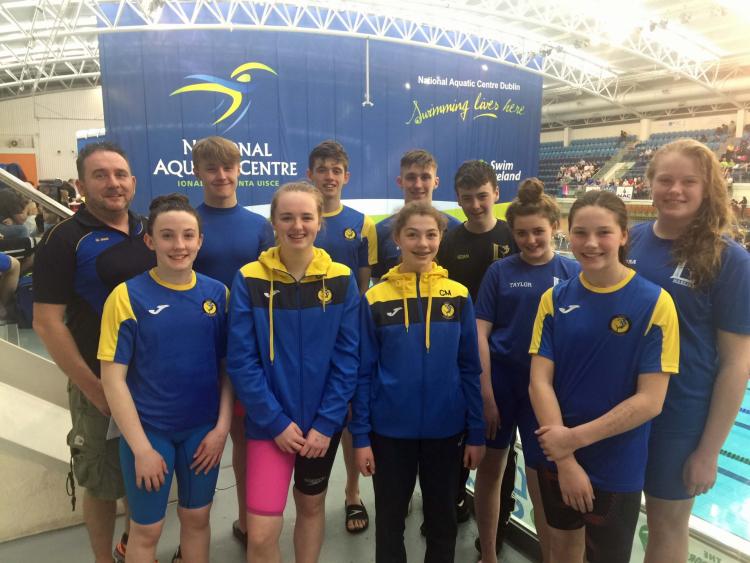 This was an Open event, where swimmers, regardless of age, were seeded according to their times, which could mean an 11 year old competing against a 24 year old.

The other Marlin to swim under the short course 100M Free was Ryan Flynn. He too set a new club record – in the 50M Fly. He also recorded two strong PBs in the 50M and 100M Fly events. He was second reserve for the 50M Fly and swam into the top 30 in the 200 IM.

Eleven year old Shauna Dunne made herself very well known at these championships. Having recently achieved National Division One status in the 100M Breast Stroke, (only the second Laois Marlin female to ever do so in the history of the club), she continued to make waves by recording no less than Five PBs, with a combined PB total of 18 seconds, smashing her previous times race after race.

She came within a second of an Irish Open time in 50M Breast, an incredible achievement for such a young swimmer.

Also flying the flag very high for Laois Marlins was Valera Zaharovs as he recorded a 100% PB rate in his first ever Leinster Long Course Championship. He shaved almost five seconds off in 200M Free and almost three seconds off his 200 Back time.

Sean Donoghue also, did extremely well and smashed his previous 200 IM time with a six second PB, achieving a National Division 2 QT in the process, as well as keeping his times in three other events.