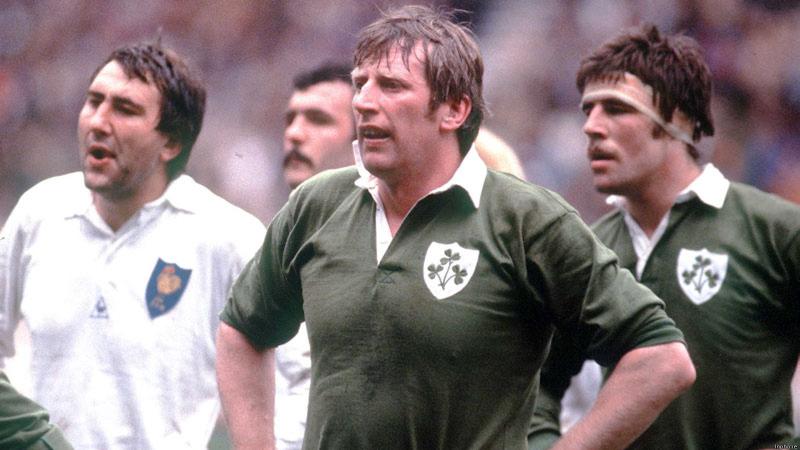 Preparations are underway in Portarlington for the annual charity table quiz in memory of one of the giants of Irish rugby Moss Keane.

Appropriately in memory of Moss, who had a famed sense of humour, 'a fun night' in the Barrow Lodge is in store for all later this April hosted by the Port Lions Club. This year all proceeds will be split between two great Portarlington organisations - the Social services / Meals on Wheels, and Senior Citizens Christmas party. Cost is €10 a head.

"Blood curdling competition folks with a raffle and a good laugh," say the organisers.

Moss was a Kerry native but lived in the Laois Offaly town where he lived with his wife Anne and daughters Sarah and Anne Marie before his untimely death from cancer in 2010. He was an active member of the Lions Club in Port raising funds for many local charities.

If you wish to book your table by private messaging Portarlington Lions club on Facebook page or get in touch with any club member.

Born into Gaelic Football dominated Kerry, Moss discovered rugby at UCC. He went win 51 caps for Ireland and was a key man in Ireland's 1982 Five Nations Championship win and their historic Triple Crown victory in 1982.

He was on the famous Munster side that defeated the All Blacks in Thomond Park. He also toured New Zealand with the British and Irish Lions.

The quiz takes place on April 21 at 8pm.