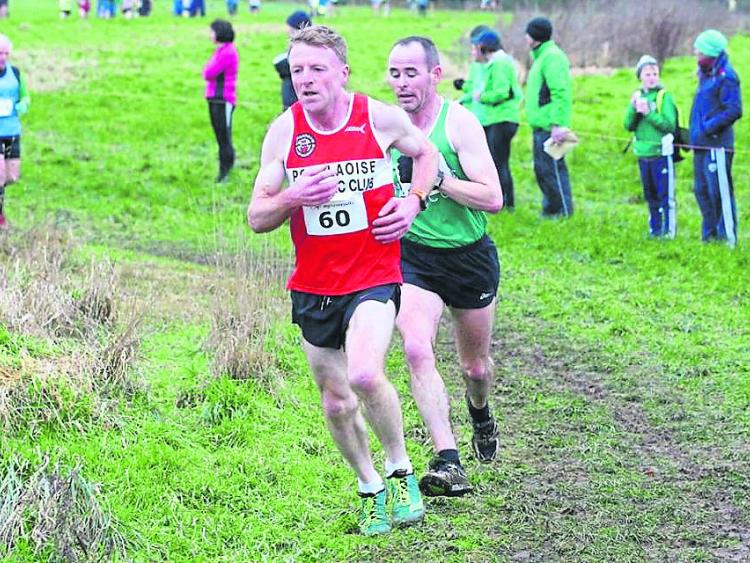 After being left paralysed from the neck down at the age of 20, Aengus Burke battled back to make a remarkable recovery. Now, he's looking to raise money for more victims of spinal injuries in Ireland.

In 1984, at the age of 20, Aengus Burke was a renowned soccer player who played for Portlaoise AFC in the Dublin AUL League. He was simultaneously trying to break into the League of Ireland that year too.

His life came to a sudden halt in November 1984, however, when he was driving home from a soccer game one day and his car hit an icy patch on the road.

Aengus explained: “I hit the break, skidded and went across what was then the main Dublin/Limerick road. The car ended up in a field. I had four others in the car with me and one or two had some minor cuts. After the car had crashed, I wandered around the field for a while before climbing a gate and getting back onto the road. I then got into the back of a car when a passing motorist gave us a lift to hospital.”

Once Aengus arrived at the hospital, a nurse told him to sit down and he would be treated. After that, however, things became a bit of a blur.

“My next memory was waking up the next morning on a trolley in Portlaoise Hospital. I was strapped down and wrapped in tin foil, with my Dad, brothers and sister around me. I was waiting on a helicopter to land to take me to the National Rehabilitation Hospital (NRH).”

As a result of the crash, Aengus had a high level injury in the cervical region of his spinal cord. He was told that he was paralysed from the neck down.

Aengus was transferred to the NRH the following day after his accident where he began a more unusual treatment at the time that involved him being strapped into a revolving bed.

“It’s a bed that literally went from side to side. It’s like a bed that turns up the far side and then turns over and goes right up the other side. It was to prevent bed sores. My arms and legs were strapped in and my head was straight.

“It was a difficult time but I do have some fond memories. I remember my team mates coming in on a Sunday evening, two by two to talk to me after playing a game. The conversation would stop /start as the bed revolved from one side to the other. They would have to wait for me to go side to side and continue the conversation!”

Aengus said that initially he felt a lot of self-pity over his injury but it soon became apparent that his injury was not complete. This meant that he would walk again.

He explained that he began to count himself as one of the lucky ones as he knew fairly soon after his accident that there was a strong possibility that he would make a full recovery.

He spent from November 1984 to April 1985 at the NRH completing high intensity physio. For the first four months he was confined to bed but by the end of March he began to regain the use of his hands and legs.

“I was discharged from the NRH at the end of April. I had full use of my arms and legs but my muscles had deteriorated significantly from lying around so I had to build them up again on the bike and things like that.

“After a few weeks I built back up to running and I had built up more strength so I carried on from there. I used to be quite fit so that helped with my recovery, otherwise it would have been a struggle. I didn’t see having to do exercise as a punishment so it suited me down to the ground.”

Aengus has made a remarkable recovery in the intervening years and through keeping up his sporting activities he regained full movement.

“I did not make it back to the League of Ireland but I had many successful years with Portlaoise A.F.C. over a 20 year career.

The highlight was in 1991 when we qualified for the Senior FAI cup for the only time in the club’s history. I captained and scored for the team in a famous victory over Dublin club Home Farm.

“During my soccer career I also ran cross country for my local running club to make up the teams. There were days when I would be playing soccer in the mornings and running in the afternoon.”

Aengus’ interest in running eventually played a larger role in his future when at the age of 40, following the birth of his son David, he decided to retire from football. “That year I decided to run the Dublin Marathon in aid of Spinal Injuries Ireland. I soon found I was successful at running, especially in the veteran category. I decided to take it seriously, and in recent years I have represented Ireland in Masters cross-country, road and mountain running.

“ I have been part of medal winning Irish teams in the annual British and Irish cross country races, and last May, I was a scoring member of the Irish over-50 team that took silver at the European Masters half marathon in Portugal.”

Aengus, who is now 53, credits his remarkable recovery with keeping fit and staying active in sports. He said he hopes to keep running as long as he can.

“Doctors told me that the reason I didn’t suffer more serious injuries originally was because I was so fit. It was the same with my recovery because I used to go out and cycle and run and things like that. If a person isn’t into that it’s just so hard to build the strength back up in their legs. I was into it so that was great.

“I know people in their 70s who compete in marathons so that’s my ambition. My ambition is to keep going and get another 20 years out of it.”

- SII was set up in 1993 to provide support, services and resources to people who sustain a spinal cord injury (SCI).

- Spinal Injuries Ireland’s mission is to engage with people with spinal cord injuries and their families to address barriers to full participation in society and to empower members to work towards achieving personal, social and vocational goals.