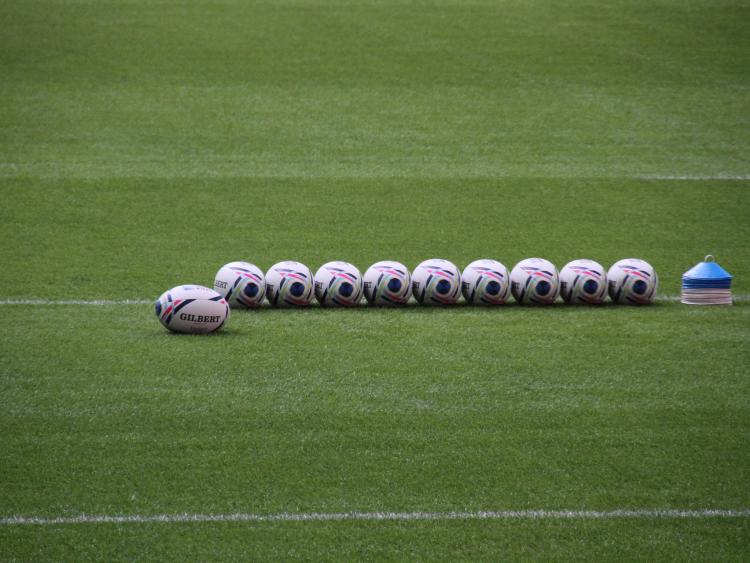 Portlaoise lost out to Coolmine at the weekend.

It hasn't been a great start to Leinster League Division 1B for Portlaoise this season.

Four losses had seen them propping up the Division and needing to find their first win of the season to keep in touch with those above them.

Coolmine visited Togher on Sunday, and they were in need of a win themselves to move up the table. The visitors settled quicker with their direct running style earning a penalty in the first few minutes.

A successful kick moves them three points in front. Coolmine continued to press and could have been further in front if it wasn't for a missed penalty.

Portlaoise struggled to gather momentum as they constantly found themselves on the wrong side of refereeing decisions. The high penalty count kept Portlaoise in their half for almost all the first half.

With ten minutes left in the first half Coolmine crossed for the game's first try. Their pack kept hold of the ball and recycled quickly to allow an on-rushing front row to cross the line. A successful conversion moved Coolmine 10-0 in front.

Portlaoise did begin to exert pressure after this as they found some form, with their scrum dominant and earning them penalties. A yellow card for Coolmine provided the kick that Portlaoise needed. A penalty outside the 22 metre line was kicked by Logan Nicholson to reduce the deficit to 10-3.

Coolmine were quick to derail Portlaoise's momentum as they were awarded a penalty just before half time. A successful kick left the half-time score at 13-3 in favour of Coolmine.

The second half was a back-and-forth affair. Portlaoise were more ambitious in their attack but a combination of mistakes and strong defence kept the score line the same.

With 60 minutes played Portlaoise scored their first try of the game. An attack that started inside their half saw the ball moved to Jack Murphy, who was making his first start for the first XV.

His pace beat two defenders before he touched down under the posts. Nicholson added the conversion to leave Portlaoise trailing 13-10.

With the game in the balance Portlaoise pressed but were turned over by Coolmine with ten minutes to play. A swift attack saw them score their second try of the game.

With Coolmine in front 18-10 Portlaoise needed to respond. The remaining ten minutes were spent in the Coolmine half but they were unable to score.

The final score, and an eight point loss, leaves Portlaoise bottom of Division 1B with a visit to league leaders Longford next week.