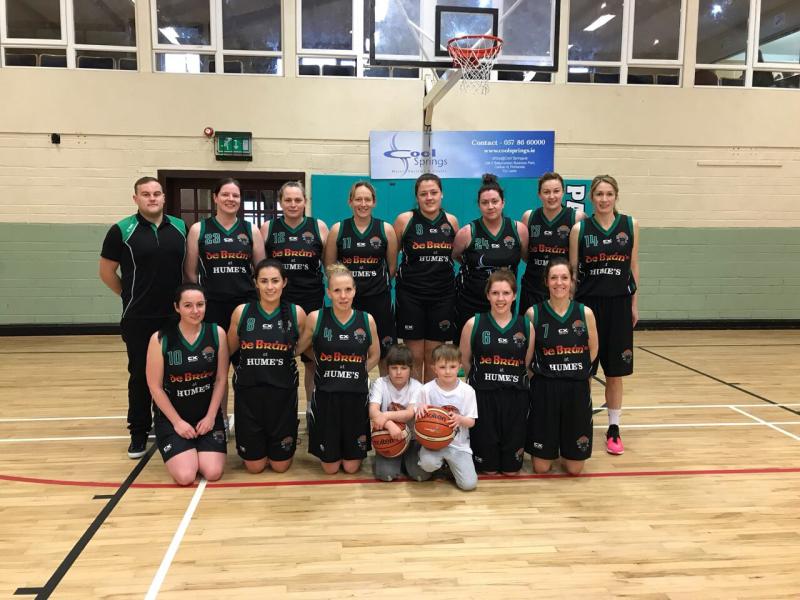 Last Sunday evening saw the Midland League ladies get their National Intermediate Cup campaign off to a great start against local rivals Tullamore, as they bagged themselves a place in the next round of the Cup following a low scoring affair.

The Panthers exerted their dominance on the offensive end right from the off and took a lead that they would not relinquish for the entire game. Tullamore had no answer for the big threats inside as starters Shauna Burke and Anna Connolly penetrated, finishing well under the boards as they accounted for eight points of their teams first quarter tally.

Lorraine McCormack controlled the game from the point guard position and assisted her team mates on the break as Grainne Tomlinson and Karen O’Sullivan finished well. On the defensive end, they forced the young Tullamore side into numerous turnovers which allowed them to go in six points up at the end of the quarter.

Panthers introduced a new five players into the game in the second quarter and still held the lead despite a brief comeback from the visitors through Gemma Prendergast and Irene Hooban.

Ann Marie Troy made a super defense stop, drawing the charge which swung momentum back to the home side. Deirdre McCaul added to her team’s tally following a well worked break and assist from Pam Grogan.

The Panthers worked hard on defense to clamp down on any outside threat posed by Tullamore as they had shot the lights out from outside the arc in the first meeting of the season in the Midland League.

Michelle Hart finished strong inside while Grace Delaney converted from the free throw line after being fouled going to the board. The home side extended their lead to 23-15 at half time.

The girls rallied hard to maintain their lead in the third quarter as Tullamore bang to link well on offense. The home team had all the answers inside as Anna Connolly and Shauna Burke dominated both the defensive and offensive boards and finished off some missed shots from their team mates.

The Portlaoise defense was hugely impressive as they restricted Tullamore to scoring only six points in the entire quarter which meant their lead was extended to 14 points going into the last quarter.

Tullamore threw everything at the home side from the beginning of the final quarter in an attempt to close the increasing gap. A fine three pointer from Rebecca O’Mahoney and a two pointer from Claire McIntyre put the visitors into contention down the stretch and led to some nervous moments for the home team and crowd.

Some easy turnovers from the Panthers and missed opportunities, allowed for Tullamore to close the gap to seven points with a minute left on the clock. Ann Marie Troy used her experience in the closing seconds and was a safe pair of hands for her team against the full court press of Tullamore. The home side added a free throw to close out the game eight point winners.