Portlaoise Panthers get their Midlands Cup defence off to winning start 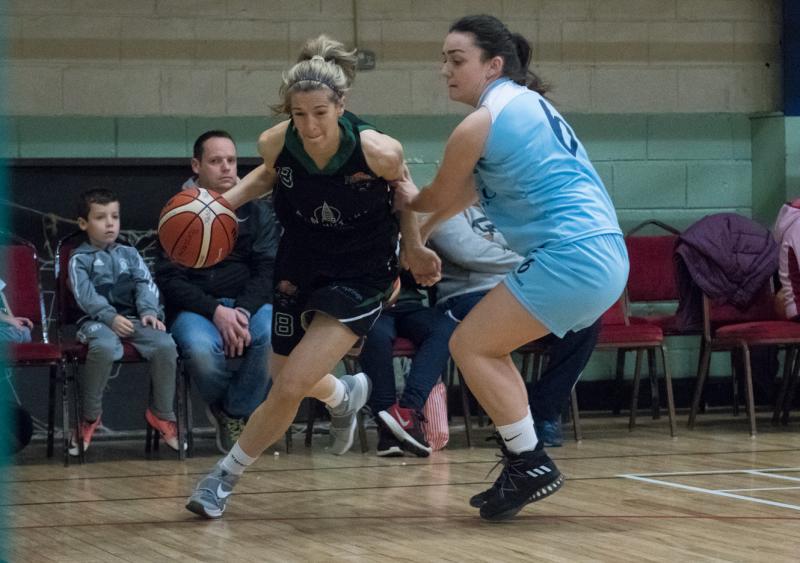 Portlaoise Panthers had a good win over Kildare Gliders.

The Portlaoise Panthers ladies got their defence of the Midland Cup underway on Sunday evening in St Mary's Hall.

They faced a hungry and eager Gliders team who were determined to cause an upset in the first round. Gliders started the game the better side with great passing and movement to create scores from Emer McNally.

Portlaoise soon settled into the game, moving the ball well on offense as the guards linked well with Shauna Burke and Anna Connolly inside the key, who converted their opportunities.

The home side established a lead mid way through the opening quarter which they managed to hold and extend throughout the game. Despite being behind on the scoreboard, Gliders did not sit back and took the game to the home side, adding some fine scores through Fran McShea and Emer McNally. Portlaoise went into the half time break 13 points up.

The home side were well aware of the quality of the Gliders team and that they would need to push on in the second half to put the visitors well and truly out of sight.

Portlaoise displayed some great team defence and forced Gliders into numerous turnovers but unfortunately were not able to capitalise the other end of the floor. Gliders called a timeout and changed their approach which had immediate affect as they started to spread the Panthers defense and added scores from Emma wheeler and Helen Moran.

Portlaoise did not panic and continued to move the ball to create the space and were to making the right decisions on offense. Some scores from Grainne Tomlinson at the end of the quarter saw Portlaoise go in on top, 49-35.

Much to their credit, Gliders came out on the attack in the fourth quarter with a great score from Emma Wheeler. Portlaoise were forced to step up their defence in order to clamp down on the Gliders penetration.

They forced Gliders into some turnovers which led to score from Anna Connolly and Shauna Burke. Gliders found it hard work to deal with the inside threat posed by the two girls. Gliders did not give up they kept fighting to the end adding a scores from Helen Moran and huge three-pointer from Emma Wheeler.

With only seconds left Portlaoise kept calm and moved the ball around to see the game out till the end.