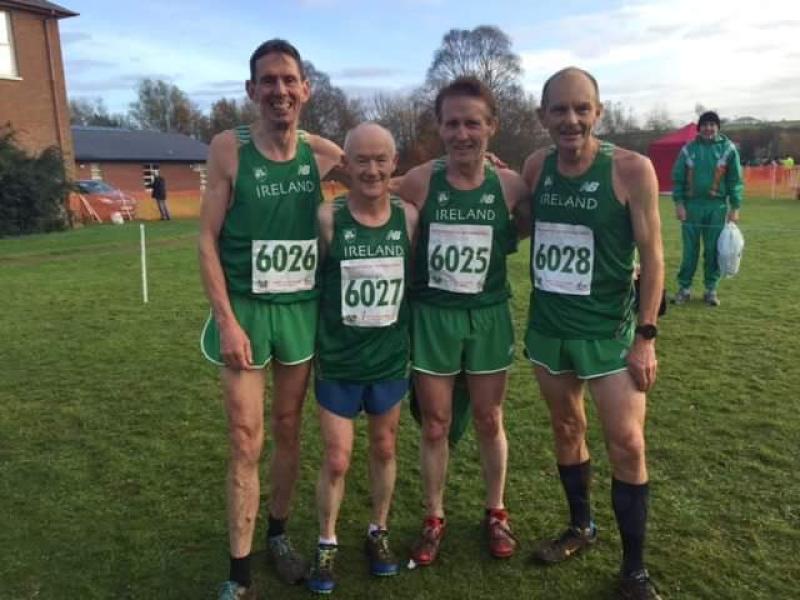 Martin McDonald, second from right, with his M6 team mates after his gold medal winning run.

Martin McDonald from Ballyroan Abbeyleix & District AC was the star performer in the British & Irish Masters Cross Country in Derry on Saturday last, as he took top honours in the M6 event, claiming individual gold and also guiding the Irish team to an impressive win the team competition.

Martin McDonald was always in contention from the start of his 8km race in the M6 section on a flat but testing underfoot conditions as he showed great strength.

He went clear of his rivals on the second lap as his superior stamina was a vital factor as he flew over the testing course to record a marvellous victory in a time of 30.19, with Allister Walker from Scotland in second and England's Alan Camp third.

Dick Mullins featured in the M8 racem, which was over 6km. He finished in 8th place and was the second Irishman home with his team edged out of the medals by one point.