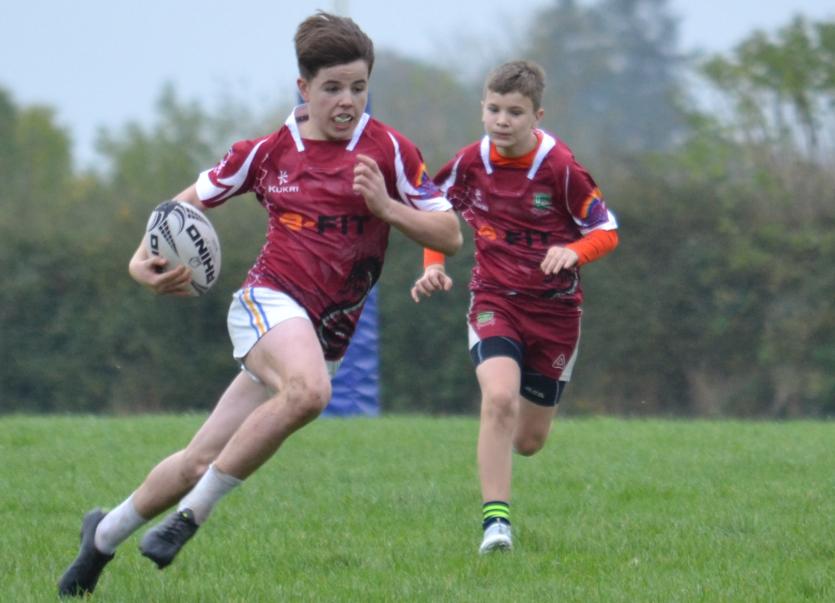 Ben McMahon was the stand out player for the home team on Saturday.

It was a beautiful crisp winter morning that provided perfect conditions for rugby as Portarlington’s U-14 boys welcomed Gorey to Lea Road.

Gorey made the long journey looking to atone for the loss of the opening fixture of the league between these two sides back in early October.

Port drew first blood with some great play resulting in a full back Séan Downey crossing for a strong team try but it was the visitors who struck twice in quick succession to take an early lead. Gorey twice crossed the whitewash again before half time to take a 26-15 lead into the break.

Port had the advantage in the second half of a strong breeze but were unbale to capitalise with the elements in their favour. With the home side needing to secure a good start to the second period it was Gorey that scored first to extend their lead and stamp their authority on this fixture.

Port battled well in the second half with two scores from centre Ben McMahon giving the home side a fighting chance coming into the last quarter of the game. Unfortunately, having clawed their way back into contention port conceded again almost immediately from the restart snuffing out any hope of a last gasp revival and putting the game effectively beyond Port’s reach.

McMahon scored again with the last play of the game but it was only a consolation at that late stage of the game.

The Portarlington forwards battled well on what was a tough day with Gavin Crampton, Thomas Weight, and Luke O’Callaghan the stand outs in the pack. There was some promising back play from the Gorman twins and Dan Punch but ultimately Port were never allowed to wrestle any momentum away from Gorey who commanded possession for long periods of the match.

While Port will rue missed tackles and a lack of awareness at times, they are still very much involved in the business end of the league and remain in 3rd place at the half way point in the league with a game in hand.

So the spoils go to Gorey who secured all four points on what was a tough day for the Port lads. No doubt this group will show the tenacity, resolve and resilience that we have become accustomed to with this crop of players.

Next up a local derby against 'the neighbours' on December 2nd which is a crucial game for both teams in the overall context of the league never mind local bragging rights!  Final score on what was an ultimately disappointing day for the home side Portarlington 30 Gorey 41.