Portarlington's Nicole Turner is Irish Para Swimmer of the Year 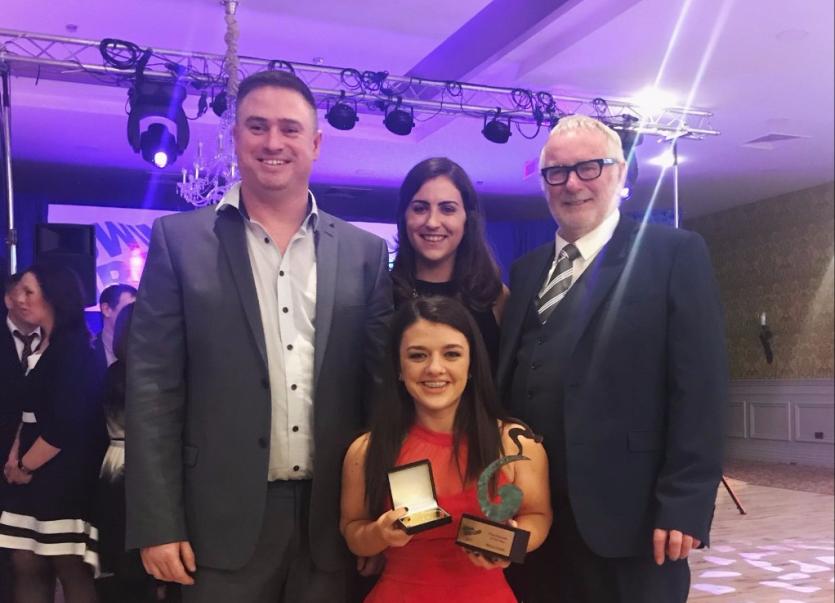 Portarlington swimmer Nicole Turner had yet more cause for celebration over the weekend, as she was named the Irish Para Swimmer of the Year for 2017.

She received the honour at the annual National Swim Ireland Awards, which were held in Ballina, Co Mayo.

Nicole received the award in recognition for yet another season to remember for her, as she claimed a bronze medal at the Para World Series earlier this year.

Along with that, she achieved a new Personal Best time of 36.99 in the 50m Butterfly back in July at the Irish Open Summer Division 1 championsips.

That performance has seen her climb to number two in the Open World Rankings in the S6 class, just one second behind the British swimmer Ellie Robinson.

If that wasn't exciting enough for the 15 year old, she has also been selected as a Brand Ambassador for Toyota, as part of their new global marketing campaign.

The campaign, which marks Toyota’s first ever global ad campaign, centres on the aspiration of movement for all, in support of Toyota’s eight-year global commitment to the Olympic and Paralympic Games.

Nicole's success at the Paralympics in 2016 has marked her down as one to watch for the 2020 games in Tokyo, and her focus will be on returning to that level of competitions in a little over two years time.