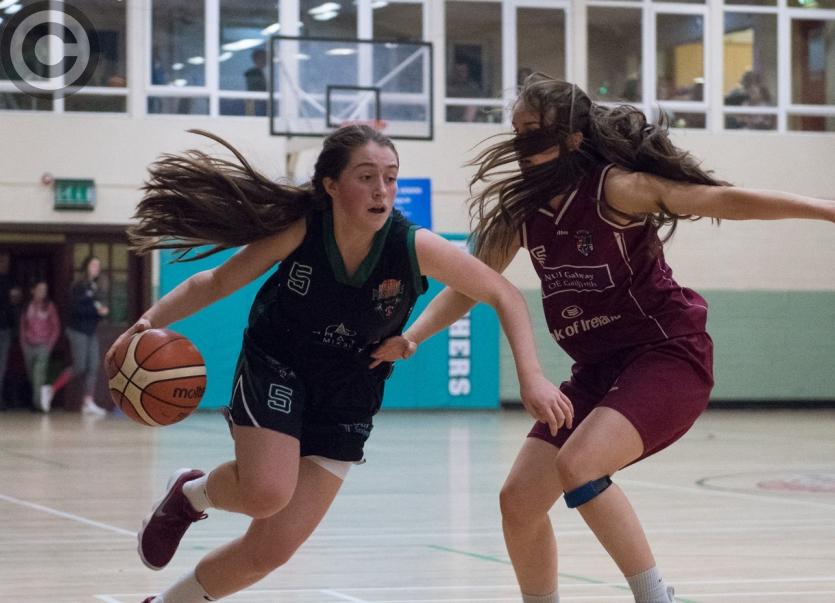 Portlaoise welcomed Waterford Wildcats to St Mary's Hall in the U-18 National Cup quarter-final over the weekend.

Both teams had come through a gruelling qualification tournament to reach this stage. The prize up for grabs was a spot at the semi-finals weekend in January.

The first quarter was a tight affair, but in Maeve Phelan and Abbey Flynn the game saw two of the best players in the country going head-to-head. Portlaoise got off the mark with a strong inside move from Hannah Collins and Erone Fitzpatrick.

The second quarter was another tight one, as both teams were struggling defensively. Portlaoise introduced Shauna Dooley and Gillian Wheeler early in the quarter, both Irish Internationals. They immediately put their stamp on the game.

Portlaoise changed their defence from man to zone and this halted Waterford's offence. Portlaoise then put on a press and scored four unanswered baskets through Wheeler, Byrne and Dooley. Portlaoise opened up an eight-point lead but they were unable to hold onto it, the quarter ended with Portlaoise leading 31-29.

Portlaoise started the third quarter with real intensity, 15-year-old Hannah Collins was causing all sorts of problems in the key. Waterford had no match for her physicality, and she would finish as top scorer with 15 points.

Maeve Phelan might not have been scoring what people would expect but she controlled the game from start to finish and was instrumental in everything good the home team did. The crowd were really starting to get into the game now and when Shauna Dooley hit a three-pointer with two minutes left in the quarter the place erupted. Portlaoise finished the third quarter with a seven-point lead.

The fourth quarter began with Portlaoise getting a string of stops on defence, on the offensive side Waterford couldn’t stop Portlaoise scoring, with Phelan, Dooley, Collins and Fitzpatrick all getting on the scoreboard in this quarter.

Portlaoise soon had a 14-point lead, Waterford rallied in the last few minutes but it was too little too late, as the Panthers ran out winners on a scoreline of 60-55.