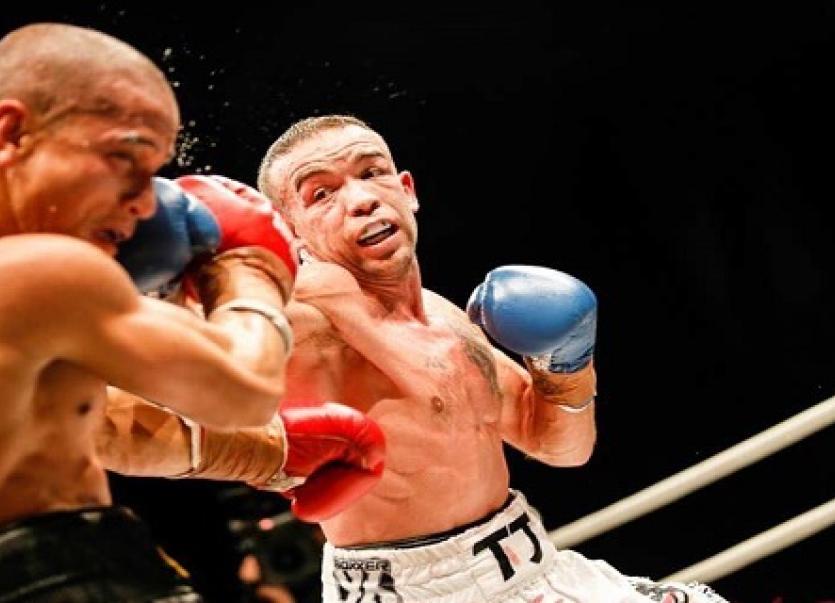 Portlaoise boxer TJ Doheny has seen his bid for a shot at a world title delayed, after his scheduled bout with Russian boxer Evgeny Gradovich was called off.

Gradovich, a former World Champion at Featherweight, has pulled out of the fight which was due to take place on December 15 because of "vision problems", as reported by ESPN. According to Gradovich's manager, the Russian's "vision has deteriorated to such a point that he does not see anything right now and there is a high probability that he will be forced to finish his boxing career."

Doheny (17-0, 13 KOs) had agreed to travel to Ekaterinburg in central Russia to fight Gradovich, where a win would have made him the mandatory challenger for the 122-pound IBF Junior Featherweight world title, which is currently held by Japan’s Ryosuke Iwasa.

Doheny, who currently trains and fights out of Boston, having initially turned pro in Australia, now hopes to secure a fight against Thailand's Mike Tawatchai, which could take place on Christmas Eve in China. If that comes to pass, then Doheny would secure his status as the mandatory challenger, and would subsequently box for a World Title.