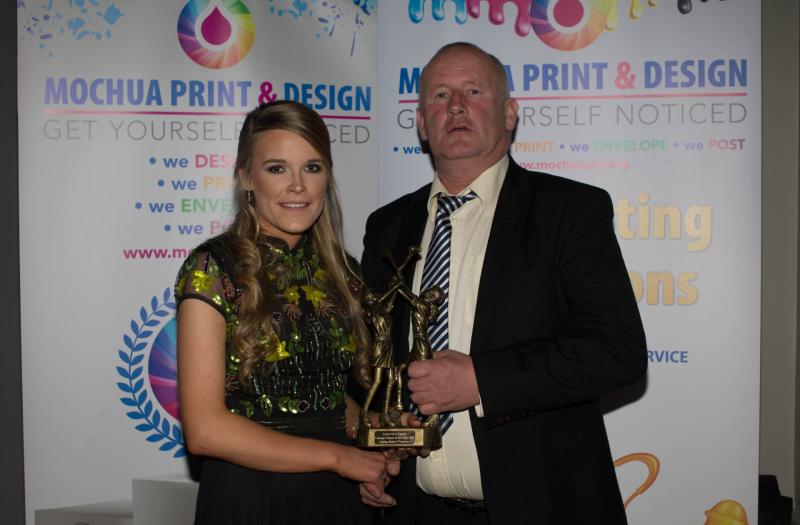 Laois Camogie Player of the Year Aisling Burke ended the year with a county and provincial medal to add to her trophy cabinet. Like all good Camross hurlers though, the talented centre-back is hungry for more success in 2018.

- Looking back on the year the highlight for me had to be winning the county final. After losing the year pervious it really made us appreciate the win this year. No one deserves or is guaranteed to win anything unless you are willing to work for it.

- Winning the county final with Camross and the intermediate leinster final with Laois were both great achievements. It would have been great to have progressed further in both but hopefully that will drive us on for the coming year.

- Without a doubt the biggest disappointment had to be our Leinster semi-final loss to Myshall. A single point in extra time was so hard to take but that’s sport and it can be so cruel at times.

- The toughest opponent had to be Meath in the first round of championship. They were physically very strong and losing by such a score wasn’t an ideal start. As they are reining all Ireland intermediate champions it gives us an idea of what is expected next year.

- For any GAA/Camogie player attending the all-Ireland hurling final on the first Sunday of September is always a must. Seeing Galway and of course Joe Canning lifting the Liam McCarthy was lovely to witnesses and experience that atmosphere.

- I would love to have attended a six nation’s rugby match in the Aviva Stadium. I have always enjoyed watching and admired the sport.

- Undoubtable my parents, what supportive understanding and caring people. For all the dinners, the holy water, having the gear ready and for been there when we win and when we lose thank you.

- My mam and I headed to New York in November when the camogie came to an end. It was one way of trying to get the Leinster semi-final defeat out of my head.

- Getting back to an all-Ireland semi-final in intermediate championship with Laois, and at that stage anything can happen. Regarding the club a spot in the county final would be as far as we would be looking. We are the team to bet and we will be under no illusions for the coming year.

- Injury is always a fear. If you can stay injury free the rest will fall into place.

- Seeing as my camogie days began in Slieve Bloom I would love to see them be successful in the intermediate hurling championship.

- Any of the girls coming through off the winning laois U-16 team, of which some have joined the laois senior panel to keep us on our toes.

- Hard to pass Dublin for the football and I would go with Galway again for the hurling, but would not begrudge Waterford their day either.

- Portlaois for the football and Camross for back to back titles.

- Hard to see past Starsfields for the football, there is only a puck of a ball between us and O’Moores so it would be a hard one to call.

- Ireland for the six nations and Leinster for the European Champions Cup.