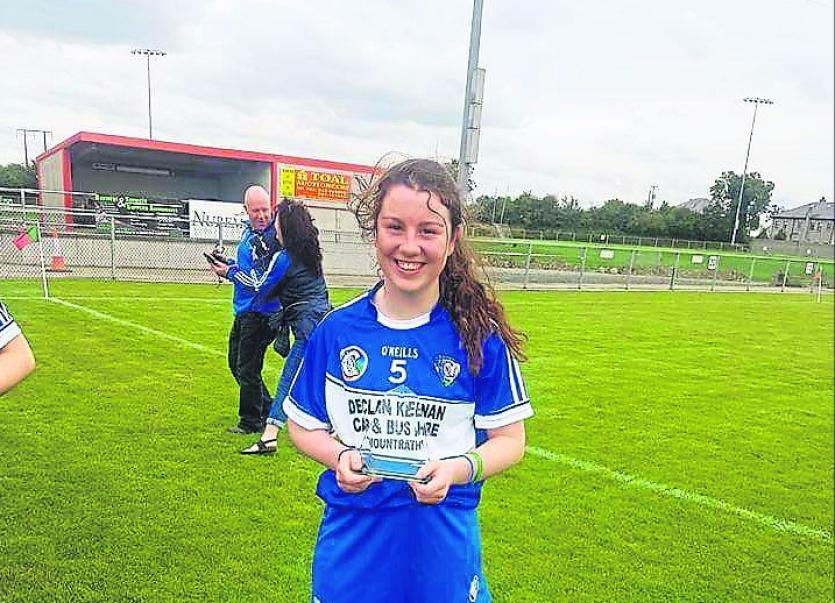 Molly O'Connor after winning the All-Ireland with Laois.

It's fair to say Molly O'Connor had a memorable 2017. Twice an All-Ireland champion, in Handball and Camogie, the talented young girl from Cullohill has also Player of the Game in the U-16 All-Ireland Camogie final. She'll have a job on her hands topping it in 2018, but with her talent, anything is possible.

- My personal highlight of 2017 was getting player of the match in the All Ireland Camogie Under 16 Final.

- I achieved a lot more than I anticipated, being successful in both handball and camogie.

- My biggest disappointment of 2017 was losing the Munster Schools A final by a point, and not winning the U-16 club championship, as my dad promised a house party if we won.

- The best sporting event I attended in 2017 was the All-Ireland Hurling Qualifier between Kilkenny and Waterford, it was such a exciting game and went to extra time.

- I wish I could have attended Conor McGregor boxing match against Floyd Mayweather because I'm a big fan of his.

- Ray Fogarty my handball coach, because he gave up endless hours to come and train me.

My non sporting highlight of the year was going to Disneyland Paris. I had great fun with my friends going on all the amusements.

- My goal for 2018 is to continue enjoying the sports I love.

- My biggest fear of 2018 would be getting seriously injured.

- I'd love to see my brother Jim's team be successful, as they were beaten in the county final last year.

- I'd love to see the World Cup final, with Brazil in it preferably, as my all time favourite player is Neymar.

- Amy Collier from Camross is one to watch for 2018. She is a brilliant camogie player with her never give up attitude. Let's hope her game drops when she plays against The Harps though!

- Dublin for football and Waterfor for hurling.

- Sarsfields and The Harps (fingers crossed!)