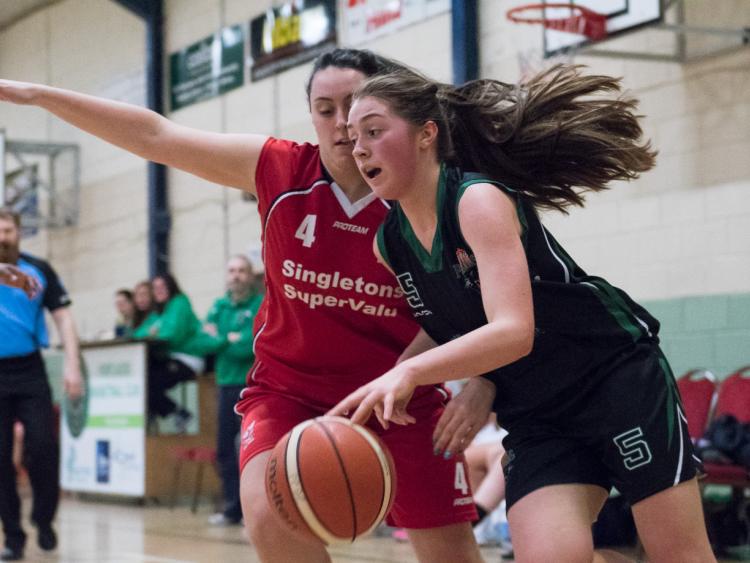 It has been a wonderful 2017 on the basketball court for Maeve Phelan, as she starred for Ireland and Portlaoise Panthers in a historic year for both, while also picking up a slew of medals with Scoil Chríost Rí. She will be balancing her basketball commitments with the Leaving Cert in 2018.

- Definitely becoming a European silver medalist. I think it will always be a highlight for me and there’s no better feeling than collectively achieving the goal you set as a team. It was surreal and the support we received was unforgettable and made the experience so special.

- Obviously, we would have loved to have beaten Germany in the European Championship final but we had achieved and gone beyond our goal and received promotion to the 'A' Division, so we were still immensely proud of ourselves and each other. Also, the Panthers placed 5th on the Super League table which was a huge achievement in only our second year in the league.

- The Europeans held on home ground in the National Arena in Tallaght 2017, was by far the greatest sporting event I have ever been to and taken part in. It was an opportunity to showcase Irish women's U-18 basketball and bring European talent to Dublin. The support that we received was unbelievable and many of my teammates commented on the huge numbers who traveled from the midlands to support my teammate Claire Melia and myself. A personal highlight of mine was that my lovely granny, Sadie Fitzpatrick, attended each and every match and thoroughly enjoyed the experience and excitement it brought with it.

- I would've loved to have made it to the 2017 All -Ireland Hurling Final. Like basketball, hurling is such a fast paced game and the atmosphere would've been unreal.

- As always, Pat Critchley has been hugely influential in all my successes and has coached me to be the player I am today. I've been very fortunate to have had Pat coaching me since 1st year in Scoil Chriost Rí and for Pat to be able to attend the Euros in August was a great bonus.
Tommy O' Mahoney, the U-18 National coach, and the rest of the coaching staff helped me develop my game in order to be successful with the national team and for this I'm very grateful.

- Having the honour of being chosen as head girl for my school, Scoil Chríost Rí and as part of the Meitheal team who help all the first years.

- To complete my Leaving Certificate, to maintain Super League status with the Panthers senior women's team, and to be selected on the Irish women's U-18 basketball team that will travel to northern Italy in August 2018.

- My good friend, Amy Walsh, who is a determined and talented athletics fanatic who I know will continue to be successful in 2018.

- Women's senior Europeans which is being held in Tallaght in 2018.

- Gillian Keenan, an amazing soccer player who has represented Ireland on numerous occasions.

- Would love to see Mayo come out on top for once but my money is on the Dubs for the football. And I'd say Galway could do it again too in the hurling!

- Portlaoise Senior Men for both! Hon the town

- I think Portlaoise aren't too far off a senior title so hopefully 2018 is their year, and Camross to retain their camogie title.